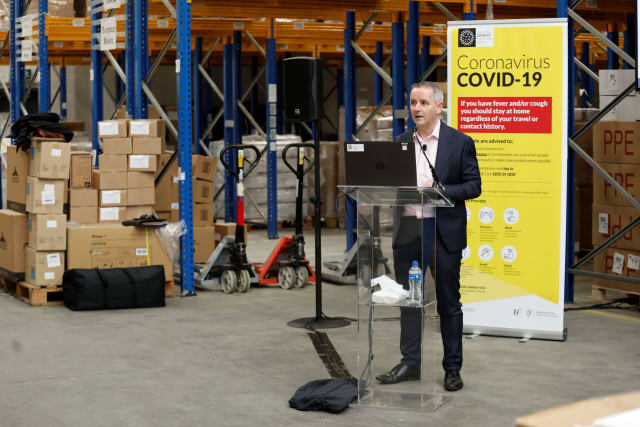 The number waiting was once close to 35,000 but is expected to be eliminated entirely by the end of this week, Health Service Executive (HSE) chief executive Paul Reid said.

He attributed progress to increased testing in the Republic’s laboratories and others being carried out at a German facility.

Mr Reid said: “That backlog will continue to be reduced and will be reduced completely during the course of this week.”

Ireland wanted to get to 4,500 tests completed per day but that number has already been massively outstripped.

A total of 25 testing laboratories are being used by the HSE.

Ireland has had a “significant delivery” of reagents used in the process from China.

It is undergoing quality assurance testing.

Mr Reid also said there was a “significant issue” with the availability of gowns to protect health workers.

A second batch of personal protective equipment worth 67 million euros will begin arriving from China later this month.

Ireland has driven down the rate of infections through early moves towards social distancing and increased testing and tracking of the disease.

The Republic has doubled the number of tests being completed in a short time.

He said: “It give us a total of 25 laboratories now to support us in scaling up.”

He said Ireland was also building up its capacity to contact-trace.

The coronavirus toll has risen to 334 after a further 14 deaths were reported on Sunday, the National Public Health Emergency team announced.

Ten had an underlying health condition. Twelve were in the East and two in the West. There were six females and eight males with a median age of 80.

On Sunday, Taoiseach Leo Varadkar said Ireland will face some of its darkest days in the weeks ahead, as it battles to contain the spread of the virus.

Popular sunspots were closed over the Easter weekend including in south Dublin.