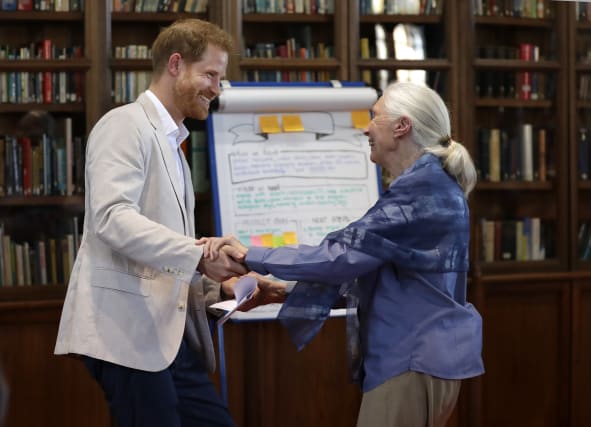 Conservationist Dr Jane Goodall has said she thinks the Duke of Sussex will give up hunting because of his wife’s dislike for the sport.

Harry and Meghan are both fans of the world-renowned activist, 86, and invited her to Frogmore Cottage in June last year.

She told Radio Times: “I don’t know how his career is going to map out, but yes, I’ve been in touch, though I think he’s finding life a bit challenging just now.”

At the suggestion both Harry and his brother, the Duke of Cambridge, were champions of the natural world, she said: “Yes, except they hunt and shoot. But I think Harry will stop because Meghan doesn’t like hunting, so I suspect that is over for him.”

Dr Goodall said she was enjoying being at home due to the lockdown but that replying to emails was more tiring than travelling the world.

Asked whether she was getting restless, she said: “No, I hate travelling the way I do, but I still have a message to get out.

“With all the emails and requests I’m getting, this is actually more exhausting than travelling.”

Read the full interview in Radio Times, out now.