Charity work helped survivor build a life after the Holocaust 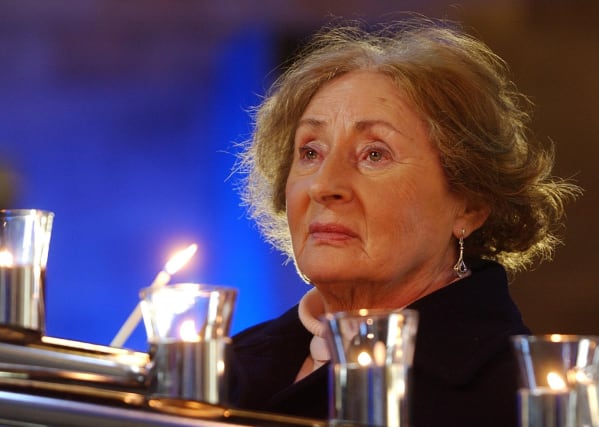 A survivor of the Bergen-Belsen concentration camp has said helping others has been “the greatest therapy” to cope with the weight of the memories of the Holocaust.

Susan Pollack said she was “already a corpse” by the time the camp was liberated by British troops on April 15 1945.

Speaking to the PA news agency, Mrs Pollack, 89, said: “We were just left there dying – when this shout came up ‘liberation, liberation’ I didn’t understand what it meant.”

Originally from Felsogod in Hungary, Mrs Pollack lost over 50 family members in the Holocaust, including her mother who was gassed in Auschwitz.

Her father was abducted along with dozens of other men after being called to a meeting set up by the local council for Jewish heads of households, and she still does not know when or where he died.

After the Second World War, Mrs Pollack was sent to recover in Sweden before moving to Canada where she met and married a fellow survivor.

The couple, who had three children, moved to the UK in 1962.

On the 75th anniversary of the liberation of Bergen-Belsen, Mrs Pollack said becoming a Samaritan has helped her live with what happened to her.

She said: “The best thing I have done in my early marriage is to become a Samaritan – answering the phones.

“Helping others. That is the greatest therapy.

“I learnt a lot from them – and I did a lot of other charity work. What a wonderful situation to be in.”

She added: “I went to Rwanda trying to inspire the genocide survivors to try and make a life for themselves after such atrocities that they also suffered.”

Mrs Pollack was awarded an MBE in 2016 for her work helping to educate younger generations about the Holocaust.

Only Mrs Pollack’s brother Laci survived but he returned to Hungary after the war and it would be 20 years before she saw him again.

He had been forced to work in the Sonderkommando in Auschwitz – moving bodies from the gas chambers to the ovens.

On a visit to Auschwitz with one of her six grandchildren, Mrs Pollack decided to step into a replica of one of the gas chambers.

“My grandson said ‘Grandma, don’t go, don’t go’, and I said ‘I have got to go, because I am not coming back again’.