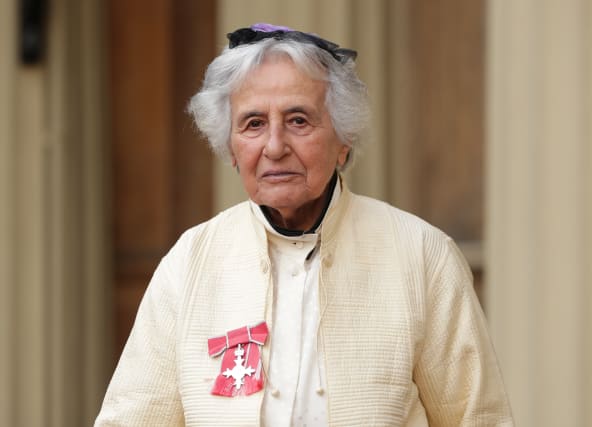 Holocaust survivor Anita Lasker-Wallfisch escaped death in Auschwitz by “complete fluke” because the band in the camp needed a cellist.

Brought up in a musical family in the then-German town of Breslau but now Wroclaw in Poland, Mrs Lasker-Wallfisch survived both the notorious extermination camp and the Bergen-Belsen concentration camp.

In April 1942 her parents were deported to a camp near Lublin in south-east Poland, she later learned they had been killed on arrival.

Mrs Lasker-Wallfisch and her sister Renate were conscripted to work at a paper factory, but were arrested and imprisoned for helping forge documents for French prisoners of war.

“I didn’t find it very convincing that I was going to be killed just because I happened to be Jewish, I thought I better give them a better reason to kill me,” she told the PA news agency.

“That was constantly on your mind – when and how you were going to be killed.”

After serving a year, they were put on a train to Auschwitz where she was made to play in the Women’s Orchestra of Auschwitz.

The orchestra was used to help the work gangs march in time as they were sent out each morning and returned in the evening and also played whenever an SS officer wanted to hear music.

“It was complete fluke that there was a band in Auschwitz that needed a cellist,” Mrs Lasker-Wallfisch said.

“I didn’t think I would arrive in Auschwitz and play the cello there.

“I was prepared to go into the gas chamber.”

As the Red Army marched on Auschwitz in early 1945, Mrs Lasker-Wallfisch and her sister were loaded onto a cattle truck with 3,000 other inmates and taken to Bergen-Belsen.

After liberation, she worked as an interpreter for the British army before settling in the UK in 1946.

Mrs Lasker-Wallfisch co-founded the English Chamber Orchestra and in 1952 married musician Peter Wallfisch, her childhood friend who had left Germany in the 1930s.

She was awarded an MBE in 2016 for services to Holocaust education.

Asked how she coped with the trauma of the Holocaust, she said: “That I can’t answer – obviously I coped and I am here.

“There is no description of how you cope.

“I was very lucky because I am a musician, that helps as well, but you just cope.”