Tim Brooke-Taylor: Comedy star of screen and radio dies at 79 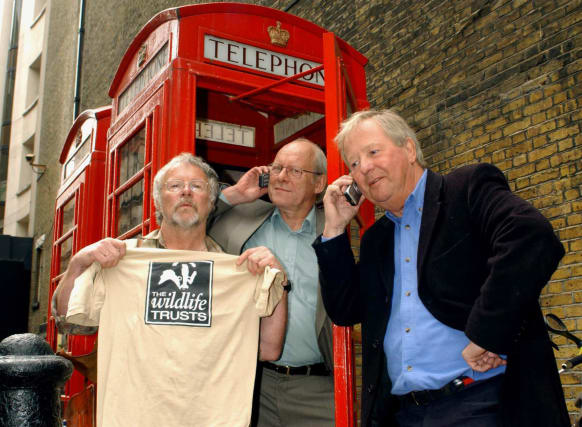 Tim Brooke-Taylor was a fixture in British comedy, with a career spanning radio, television, film and theatre over more than half a century.

The 79-year-old comedian, who died after contracting coronavirus, is best known for creating and starring in 1970s television show The Goodies, as well as his frequent appearances on I’m Sorry I Haven’t A Clue.

The three men collaborated on BBC radio comedy I’m Sorry, I’ll Read That Again before creating the groundbreaking show The Goodies, which made them among the biggest TV stars of the 1970s.

The trio wrote and starred in the hugely-popular show which combined surreal sketches, slapstick and sitcom, attracting a following around the world.

The show had an extensive life with more than 70 episodes, running for a decade on BBC2, then switching sides to ITV from 1981 to 82.

For a spell, The Goodies even became unlikely pop stars, with songs including Funky Gibbon becoming hits.

Brooke-Taylor also appeared on stage, in films such as 1971’s Willy Wonka And The Chocolate Factory and on other TV shows such as long-running ITV series Me And My Girl and Heartbeat.

He was well known as a panellist on Radio 4’s popular show I’m Sorry I Haven’t A Clue, and had appeared on the show regularly since its conception in 1972.

In the years leading up to his death, he continued to work, still appearing on the radio and at events.

“After-dinner speaking pays well, but I have made myself so expensive now that they don’t ask any more,” Brooke-Taylor quipped in 2012.

Brooke-Taylor received an OBE in 2011 for his decades in the entertainment business, even though The Goodies was used to poke fun at the Government’s readiness to hand out OBEs in the 1960s.

He said of the award at the time: “I’m very very pleased and not to say a little surprised – but very pleasantly so. At first I thought it was my son trying to con me.

“We used to send up the honours, the OBE in particular. It was back in the 60s and Harold Wilson was giving them away like sweets to anyone he ever met.”

The star is survived by his wife Christine and sons Ben and Edward.