Health workers should not be left without PPE – Business Secretary 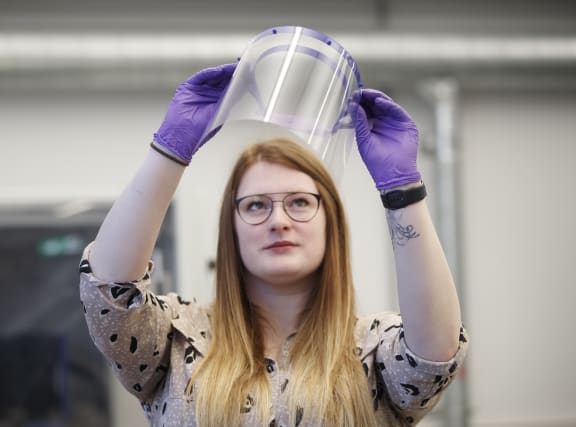 Health staff should not be put in a position where they have to consider withdrawing care due to a lack of protection, the Business Secretary has said.

Alok Sharma’s comments follow continued criticism of the Government’s supply of personal protective equipment to staff on the frontline of the coronavirus pandemic.

The Royal College of Nursing (RCN) has piled more pressure on ministers after it urged members to refuse to treat patients as a “last resort” if adequate PPE was not provided.

The advice came as the UK death toll approached 10,000 and NHS trusts confirmed the deaths of more health workers after Health Secretary Matt Hancock paid tribute on Saturday to 19 NHS staff who died after contracting Covid-19.

Mr Sharma, asked about the RCN guidelines on Sky News’ Sophy Ridge On Sunday programme, said: “It is absolutely right that no medical professional should be placed in a position where they have to make that choice.

“That for me is self-evident. That is why we are making sure we get the equipment to the frontline.”

Among the latest health workers to die during the outbreak were Sara Trollope, a matron for older adult mental health services in Hillingdon, west London, who died after testing positive for the virus and Julie Omar, 52, a trauma and orthopaedics nurse at Redditch’s Alexandra Hospital, in Worcestershire, who died at home while self-isolating with symptoms.

Mr Sharma said demand for PPE was well beyond anything like what it would be outside of a pandemic and that there was a “unified effort” to deliver more supplies.

The Cabinet minister added: “In a normal circumstance, you would have us providing PPE to about 233 hospital trusts across the country.

“We are now talking about supplying 58,000 NHS and social care settings.”

The RCN, in guidelines seen by the PA news agency, told nurses: “Ultimately, if you have exhausted all other measures to reduce the risk and you have not been given appropriate PPE in line with the UK Infection Prevention and Control guidance, you are entitled to refuse to work.”

Sir Keir, speaking to Sky News, said: “They’re in a position to give guidance to those in their association and they should give that guidance.”

The PPE row comes after the Prime Minister said he owed his life to NHS staff treating him for coronavirus.

In Boris Johnson’s first public statement since he was moved out of intensive care at St Thomas’ Hospital, in central London, he thanked medics for pulling him through.

The PM said: “I can’t thank them enough. I owe them my life.”

Mr Sharma said it was right for the Conservative Party leader to take time off following his stint in intensive care.

He told Sky: “What is really important I think is that he has rest. We all wish him the very best and we want him to get back fully fit.”

Downing Street confirmed it is currently awaiting an update about the PM’s condition overnight.

“This is a global crisis and we need a foreign secretary and we need to make sure that we’re in the room when we’re formulating a global response to it,” she told Sky News.

Commons Leader Jacob Rees-Mogg has confirmed that Parliament will return to action on April 21 as planned following its four-week Easter break.

It follows pressure from Labour to stick to the scheduled return so MPs can probe ministers on their handling of the Covid-19 crisis, along with seeking answers regarding a possible exit strategy from the lockdown measures.

Mr Sharma indicated there would be no lifting of the restrictions on movement until the Scientific Advisory Group (Sage) has met this week.

“We are starting to see these measures work but they will stay in place until we have advice from Sage in terms of the evidence that is out there,” he said.

Sir Jeremy Farrar, director of the Wellcome Trust, told the BBC’s Andrew Marr Show that the UK looked set to have “one of the worst, if not the worst” death rate in Europe.

He was critical of the Government’s decision to stop community testing early on during the virus’ spread, saying it could have provided a “critical six to eight week” buffer to allow the NHS to be better prepared.

Asked whether he agreed with Sir Jeremy’s analysis, Mr Sharma said countries were on “different trajectories”.

The former international development secretary also confirmed he had held talks with banks to urge them to “get money out of the door as soon as possible” to businesses that required Government-backed loans to survive the lockdown.