Do not let fear dominate, Archbishop of Canterbury urges on Easter Sunday 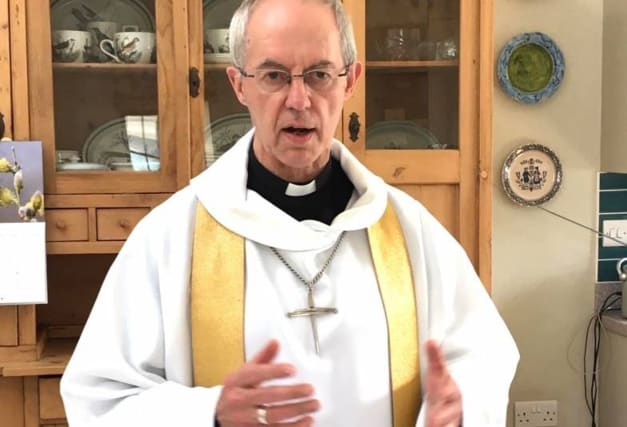 The Archbishop of Canterbury has urged people not to “let fear dominate” and said that he hoped the coronavirus crisis would encourage them to reconsider how they valued one another.

Justin Welby said churches had to set an example on how to behave during the “challenging times” – adding that it was “not complicated”.

“We’ve gone through so much and we’re seeing such common spirit and an attitude to the common good coming through by the vast majority of people – we mustn’t lose that,” he told the BBC’s Andrew Marr Show on Easter Sunday.

“We need to look at what the implications are in the way we live together as a nation and around the world.

“There is hope and there is this possibility that wasn’t there in the past – well, let’s honour those who have suffered, who have served for us, who have cared for us and above all those who have died by taking that opportunity.

“We will then be a better and a happier and a more wonderful country and a better world.”

Responding to a question about the closure of churches, Mr Welby said the decision had been taken “with much pain and much thought and much prayer” but echoed the Government’s advice on social distancing.

“I’m unhappy with it – I would love to be at Canterbury Cathedral… it would be much better,” he said after delivering his East Sunday sermon from his kitchen.

“But the reality is, we are here to set an example. It’s not about us.”

“We have said this is how you care for your flock and… share in the suffering of the nation and set an example and care for others and look after them and stay at home, protect the NHS and save lives – it’s not complicated.”

His remarks come as many churches across the country share their first “virtual” Easter Sunday celebrations.

Pope Francis will also deliver a Catholic mass via livestream from the Vatican without a congregation.

Mr Welby gave the Church of England’s official digital sermon, which he pre-recorded on his iPad from the kitchen of his Lambeth Palace flat, wearing full vestments and having set up a makeshift altar on the dining table.

He admitted that the experience had been “very strange” and had caused him to do a lot of tidying up.

The Archbishop said that the Covid-19 crisis was an opportunity to “hold up a mirror” to society and reminded people to “look out for those who are alone”.

“We depend on each other at the most fundamental level and therefore we have to go to relook at how we value each other. If we don’t relook at that there is no justice in our society,” he said.

“Care for each other; this business of being in touch with people down the street, of beginning to plan post-pandemic parties, of giving yourself hope from looking to the future will make an enormous difference.

“Do not be afraid, do not let fear dominate. There is hope.”