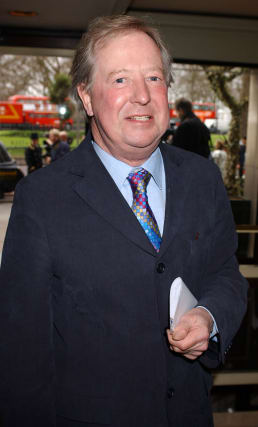 Figures from the world of comedy and TV have paid tribute to Tim Brooke-Taylor following his death aged 79.

The comic actor, best known as one third of The Goodies and president of the famed Cambridge footlights group, died on Sunday morning after contracting coronavirus.

David Mitchell, another Footlights president, said the world had been “robbed” of a talented performer.

He tweeted: “This is terribly sad news. He was a wonderful comedian and a really lovely man and I feel honoured to have known and worked with him. The world has been robbed – he had years more joy to give.”

Welsh comedian Rob Brydon, who appeared alongside Brooke-Taylor on I’m Sorry I Haven’t A Clue, said he was “so sad” to hear news of his death.

He tweeted: “A wonderful man, so many happy times sat next to him on I’m Sorry I Haven’t A Clue. Here we are with Barry, Colin and Graeme at a celebration of the show in January. He was on great form. My thoughts are with his family.”

Stephen Fry tweeted: “Just heard the devastating news of the death of Tim Brooke-Taylor. A hero for as long as I can remember, and – on a few golden occasions – a colleague and collaborator on I’m Sorry I Haven’t A Clue. Gentle, kind, funny, wise, warm, but piercingly witty when he chose to be. So sad.”

TV host Richard Osman, who also worked with Brooke-Taylor, tweeted: “Just devastated at the death of Tim Brooke-Taylor. What a lovely, funny man.

“He was on such terrific form on the ‘I’m Sorry I Haven’t A Clue’ tour in January. We had such fun. God bless you Tim. So very sad. My love to Christine and his wonderful family.”

Little Britain star David Walliams recalled The Goodies’ influence on him as a boy.

He tweeted: “I was obsessed with ‘The Goodies’ as a child, the first comedy show I really loved. I queued up to get the Goodies’ autographs as a grown-up, and got to meet Tim Brooke-Taylor more recently at a party.

And in a series of tweets, Scottish impressionist Rory Bremner paid tribute to Brooke-Taylor as a “true team player”.

He wrote: “So sad that lovely – and much loved – Tim Brooke-Taylor has died. Always a Goodie, his modesty belied a huge legacy in British comedy – in show after show from Cambridge days on, from I’m Sorry I’ll Read That Again to Clue.

“His huge list of credits (many with the great @JohnCleese) is testament to his humour, his ability and timing, his kindness & dependability – a true team player – and a funny, lovely man to boot.”

Giles Coren shared an anecdote from his childhood about Brooke-Taylor.

He tweeted: “Oh No. Tim Brooke-Taylor. He lived round the corner and his son Ben was my friend. I’m one of the few people who ever saw Tim angry, when we hid behind sofas and used his books as hand grenades. He was livid. Then we turned on the telly and watched West Ham win the cup. 1980.”

He ended his tweet with a crying face emoji.

He was a regular panellist on BBC Radio 4’s I’m Sorry I Haven’t A Clue for over 40 years.