Chequers – The countryside retreat where Boris Johnson will recuperate 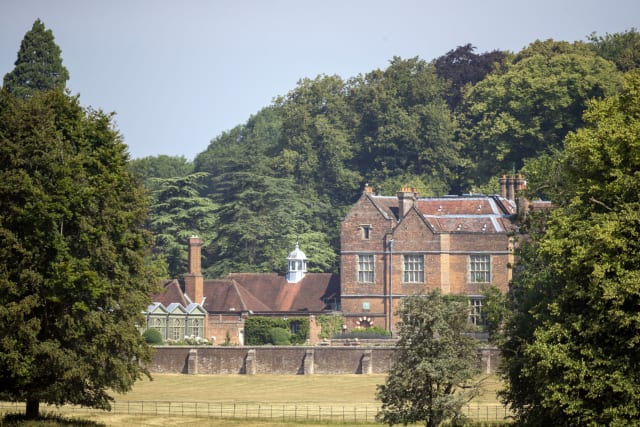 Boris Johnson is recuperating at his official country retreat, as he takes some time off from the top job following his coronavirus battle.

The Prime Minister will spend time at the 16th century Buckinghamshire mansion, following a seven-night spell in hospital during which he said “things could have gone either way”.

The house and its 1,000 acre estate in the Chilterns were gifted a century ago to whoever holds the office of prime minister as a retreat from the bustle of Downing Street.

Bequeathed to the nation in 1917 by Sir Arthur Lee, an MP and director-general of food production, Lloyd George became its first prime ministerial occupant in 1921.

As set out in the Chequers Estate Act 1917, it was hoped to draw the sitting PM to “spend two days a week in the high and pure air of the Chiltern hills and woods”.

The thinking behind that being “the better the health of our rulers the more sanely will they rule”.

It has been the site of many a historical moment.

Sir Winston Churchill is known to have written some of his most famous radio speeches during the Second World War in the mansion’s Hawtrey room.

More recently, it was used by Theresa May as the location for a crunch 2018 Cabinet meeting to agree her new Brexit proposals, but in the following days senior ministers including then foreign secretary Boris Johnson resigned in disagreement over the plans.

Photographic portraits of all the British prime ministers who have used the residence are on display in the Great Parlour.

During a visit in 2015, then prime minister David Cameron told French president Francois Hollande that Chequers was “a good place for thinking – away from London”.

Visitors over the years have ranged from the Queen, to foreign leaders such as Russian leader Vladimir Putin and US President Donald Trump, and celebrities including Sir Elton John, Bryan Adams and David Bowie.

Since-disgraced television star Jimmy Savile made a number of visits while Margaret Thatcher was prime minister, and once claimed he spent 11 consecutive Christmases at Chequers.

It is run and managed by an independent trust and is maintained by an endowment administered by the trustees.

The Trust also receives an annual grant-in-aid from public funds towards maintenance and staffing costs – £882,000 in 2018/19.