Public urged to avoid beaches and parks during Easter Sunday 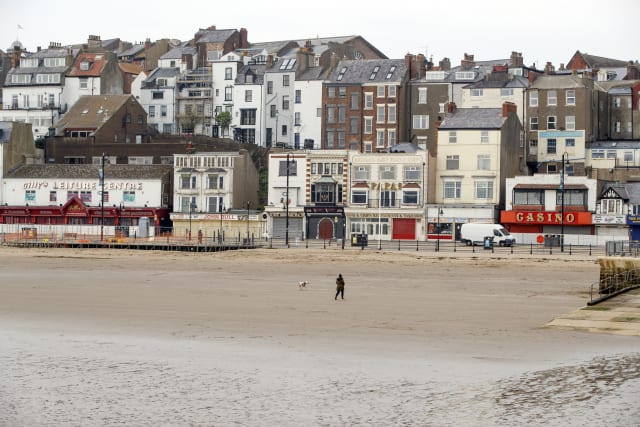 People are being reminded to follow Government advice and avoid visits to beaches and parks as the warm weather continues over the Easter weekend.

Photographs taken on Saturday showed only small numbers of people visiting what are normally popular destinations across England as temperatures peaked at 25.5C.

And it is hoped the the public will continue to abide by the social distancing measures and stay at home on Easter Sunday in order to help slow the spread of coronavirus.

The Met Office said temperatures could reach more than 24C on Sunday, with the south of England experiencing the best weather.

Cloud and rain is forecast for the north and western parts of the UK, with occasional sunny spells during the day.

Parts of the south and east of England are also expected to see showers later in the afternoon.

North Yorkshire Police, which praised the public on Saturday for keeping its beaches and parks clear, asked people to do the same on Sunday.

The force tweeted: “As we head into tonight and the rest of the Bank Holiday please continue to make a difference. #StayHomeSaveLives.”

The Met Office said St James’s Park in central London recorded the highest temperature on Saturday, followed by Yeovilton in Somerset, which saw the mercury rise to 25.2C.

Forecaster Greg Dewhurst said the warm weather is likely to continue into Sunday, with temperatures peaking at around 24.8C in the London.

While most of the day will be clear in the south of England, he said there was a risk of thundery showers across parts of East Anglia and the Midlands during the afternoon.

One of London’s parks introduced new measures on Saturday to deter people from sunbathing and gathering inside.

Elsewhere in the UK, photographs show an almost empty beach at the popular seaside town of Scarborough in North Yorkshire.

An image of the same spot taken during the Easter weekend of 2019 shows the beach packed with members of the public.

Speaking at the daily press conference about the importance of keeping to the lockdown rules on Friday, Health Secretary Matt Hancock said: “This Easter will be another test of the nation’s resolve. It’s a time of year when people normally come together.

“But however warm the weather, however tempting your local beach or park, we need everyone to stay at home.”