Vicars get creative with digital church services ahead of Easter weekend 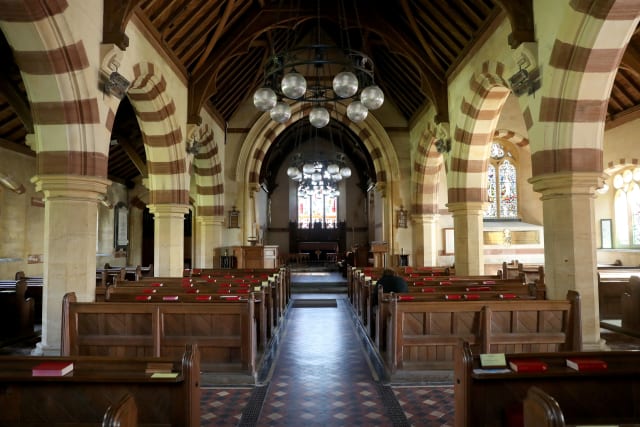 With the busiest week in the Christian calendar under way, Britain’s churches are remaining shut for the first time in 800 years.

While one Conservative MP has called for places of worship to be allowed to open for “private prayer” all traditional Easter services have been cancelled to follow social distancing rules set by the Government.

Instead, vicars and worship leaders are being forced to get creative with how they stay in touch with their parishioners over the weekend.

Services are being live-streamed on Facebook, sermons delivered via podcast, and virtual Easter egg hunts for children being held on Twitter as a way of keeping people engaged with the church during lockdown.

A church worship service will also be shown on BBC1 on Sunday morning.

Reverend Jody Stowell, of St Michael’s Harrow, said self-isolating alongside her husband had made leading worship more challenging, but the church was still able to support parishioners over the Easter weekend and beyond.

She told the PA news agency: “The response has been good.

“We have tried to reach the majority of people and those who are not able to access the internet we are checking in with them regularly.

“People have been really encouraged by it and enjoyed it.

“We are reaching more people than would normally come to church anyway as well.

“I am trying to help them navigate the process and the trauma of this situation.”

Churches across the UK have been turning to online programmes, such as Zoom.

Darnley Mill Church is holding an Easter Sunday Zoom meeting, in lieu of a traditional service.

A number of churches have also created online services specifically aimed at children.

St Paul’s Parish in London has also encouraged children to participate by creating an Easter garden that can be posted on their local Facebook page.

St Moorlands Church in Lancaster is releasing a number of videos on Sunday, including a children’s Easter talk.

The head of the Catholic Church, Cardinal Vincent Nichols, has recorded a sermon which will be broadcast on 39 BBC local radio stations at 8am on Sunday, as part of an hour-long service for a “national wireless congregation”.

The Archbishop of Canterbury will call for “a resurrection of our common life” as he leads the first national digital Easter Sunday service from his kitchen this weekend.

In a sermon recorded on his iPad in his London flat, the Most Rev Justin Welby will also hail the courage of people working on the front line in response to the coronavirus outbreak.