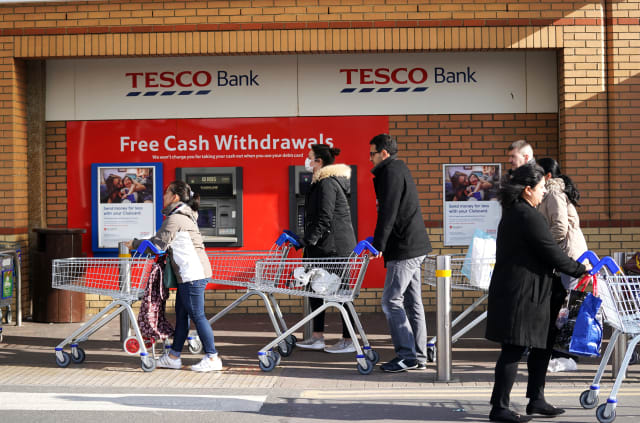 A police force has insisted it is not monitoring what people are buying from supermarkets following comments by an “over exuberant officer” on non-essential shopping aisles.

It comes just a day after a chief constable of another force was criticised for suggesting officers could search shopping trolleys if people continued to flout lockdown rules.

Cambridgeshire Police officers visited Tesco in Barhill on Friday morning as part of their patrols.

A tweet by the force’s Cambridge team said they were pleased to see “everyone abiding by social distancing measures” and that the “non-essential aisles” were empty.

“Officers visited Tesco Barhill this morning as part of their patrols around supermarkets and green spaces this weekend,” it said.

“Good to see everyone was abiding by social distancing measures and the non essential aisles were empty.”

But in a follow-up on Twitter the force said the initial post, which has since been deleted, was made by an “over exuberant officer” and that its position was in line with national guidance.

“For clarification, the force position, in line with national guidance, is that we are not monitoring what people are buying from supermarkets,” it said.

“This message was sent with good intentions by an over exuberant officer who has been spoken to since this tweet was published.”

The force added that while it has had to issue a small number of fines to those ignoring lockdown guidance, none of these were in relation to shopping or supermarket visits.

On Thursday, Home Secretary Priti Patel said police checking supermarket trolleys was “not appropriate” after a chief constable threatened to implement the measure to police the coronavirus regulations.

Northamptonshire Police Chief Constable Nick Adderley had said his force would consider roadblocks, marshalling supermarkets and searching through shopping baskets and trolleys if people continued to flout the rules.

He has since backtracked on his comments, describing his language as “clumsy”.