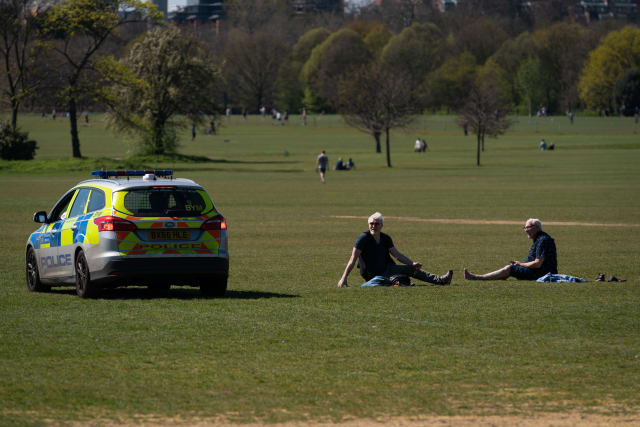 Visits to parks in the UK increased last weekend compared with two weeks ago, according to location data from Google.

The technology firm has begun sharing activity data linked to people’s movements to show how the public is responding to the coronavirus pandemic.

In its second report for the UK, covering the period between February 23 and April 5, the data shows that trips to the park dropped 29% in comparison with the period before the lockdown was introduced.

Google’s first report, which looked at activity between February 16 and March 29, found park usage was down 52%.

Latest figures suggest that, in Greater London, park visits are down just 15%.

Police forces across the country have warned the public to stay at home over Easter, amid fears that a warm start to the weekend could see lockdown rules broken.

Google’s second report also found that visits to grocery stores and pharmacies across the UK were down 41%, while trips to public transport hubs, like bus and railway stations, fell 75%.

The tech giant said it is using aggregated, anonymised data from products such as Google Maps for the analysis.

The scheme protects people’s privacy and will not include any personally identifiable information at any point, Google said.

The data is traditionally used by Google for apps such as Maps to reveal when specific places of interest are busiest, as well as to revise driving routes when being used for navigation.

It comes from Google users who have Location History turned on in their Google account settings.

The setting is off by default but can also be turned off at any time from within the Location History setting, and data can also be directly deleted from a user’s Google Maps timeline.