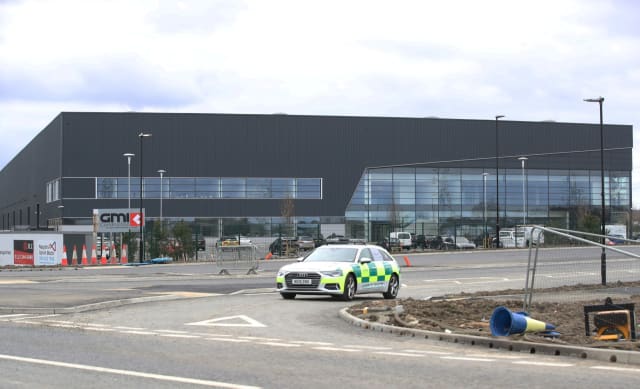 A 460-bed Nightingale hospital for the North East of England is being built in an industrial unit bigger than a football pitch, it has been announced.

Work has been carried out to convert the site – which was built for the motor industry, close to the Nissan plant on Wearside – into a hospital which will take coronavirus patients if units in the region cannot cope with demand.

The site, owned by Sunderland City Council, is close to the A19 and will be divided into 16 wards.

It is being fitted out with help from the Army, Durham North West Conservative MP Richard Holden said.

He wrote on Facebook: “Washington’s Centre of Excellence for Sustainable Advanced Manufacturing, just off the A1 is to become the North East England and Cumbria’s Nightingale Hospital.

“It will be able to care for 460 patients, from across, and will have the capacity to support patients who require ventilation, should that be required.

“Work is well underway on equipping the building and it should be able to receive patients within a couple of weeks.”

A similar development for the South West is being created at the Westpoint Arena in Exeter, according to reports.

The NHS has already set up temporary hospitals in London, Manchester, Birmingham, Bristol and Harrogate.