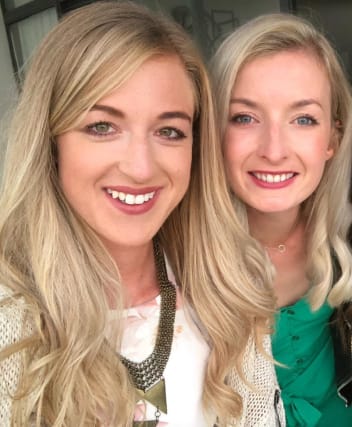 Two British health workers stuck in South Africa are appealing for help getting back to the UK so they can join the NHS battle against coronavirus.

Catriona Walker, from Manchester, and Holly Watts, from Nottingham, were enjoying an extended break in the country, having travelled out in mid-January, but are desperately trying to get home so they can join the frontline effort battling Covid-19.

Ms Walker, 31, told the PA news agency: “We’re trying to get back as soon as possible. We both feel like we need to start working, we feel bad that we’re not there working through the pandemic.”

With their original flight home scheduled for April 14, they organised an earlier flight once it became clear that South Africa was heading for a lockdown.

When that was cancelled, they booked a flight for the end of the initial lockdown period but that too was scrapped, meaning they had each spent around £1,200 on cancelled flights.

They now say have spent a further £660 apiece on flights organised by the British High Commission in Pretoria, and are on a waiting list for a series of three flights from Johannesburg over the next few days.

Ms Walker and Ms Watts, who are staying in Mtunzini, near Durban, face a drive of around seven hours to get to Johannesburg and, having heard reports of strict road blocks, are concerned about whether they will be able to make it to the airport safely.

“We don’t know if the embassy or the FCO are going to organise a coach for us,” Ms Walker said. “We’ve not heard anything.

“And you don’t find out a date apparently until 12 to 24 hours before the flight leaves.”

Ms Walker, who works in anaesthetics, and Ms Watts, an emergency medicine trainee, are both trained to work in intensive care, and are likely be working alongside Covid-19 patients if they were back in the UK.

“Our jobs are a vocation rather than just a job,” Ms Walker said. “We both really enjoy our jobs, we feel really helpless being here.

“I’m not saying we should get special treatment but I would have thought they’d be keen to get NHS staff back home, but that’s not the experience that we’ve had at all.”

She added: “We basically both feel our skills are going to waste here.”

Twitter 'deeply sorry' about Trump tweets on death of Scarborough intern, but won't remove them