Lockdown measures in Wales ‘could get tougher’ if people flout rules 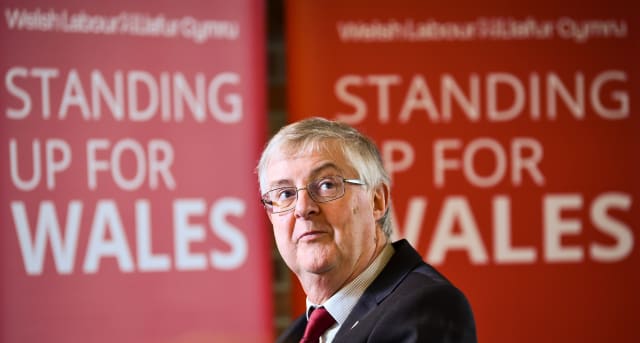 The First Minister of Wales has said he will not be bound by Westminster over when to end lockdown measures as he warned that restrictions could get worse if people flout social distancing rules.

Mark Drakeford said he will only relax social distancing measures “when the evidence shows it is safe” and not be “looking over our shoulders at what others are doing”.

He also warned that social restrictions could be “tightened”, including people not being allowed outside to exercise, if there is “large-scale flouting” of the guidelines.

The First Minister praised the majority of the public for adhering to the “enormous burden” of staying inside but added that fines could be increased if that changes, urging people to avoid going outside during the warm Easter bank holiday weekend.

Speaking at a press conference, Mr Drakeford said: “We check every weekend with the police whether they think they have the powers they need and it’s important they are satisfied because they have to administer all of this at the sharp end.

“The position last weekend was that their powers are sufficient, but if they come to us and say they need more powers, they will get more powers.”

He added: “I don’t want anybody to be fined because I want everybody to do the right thing. I don’t think fines are a success – they are a sign of people not doing what we want them to do.

“I want to get the message over to people that the small minority of people who aren’t doing as everybody else is doing need to get that message and get into line.”

Mr Drakeford announced earlier this week that restrictions would be extended next week ahead of a planned three-week review.

He said: “I don’t want to give anyone any false hope that an end to these restrictions is just around the corner.

“Of course I know that people want to see some light at the end of the tunnel. I need us all to understand that we may all have to live with some form of restriction of movement for weeks yet.”

Mr Drakeford said a “great deal of work” is going in to the eventual relaxation of the lockdown but added that any decision on ending it would not be based on similar actions in England.

“We will do the right thing for Wales at the time that it is right for Wales,” he said.

He also denied announcing an extension of the lockdown in Wales on Wednesday to “get in ahead of Westminster”.

“I wanted to be honest with people here in Wales and did not want them going into Easter believing they were on the final stretch and come next week the restrictions would be all over.”