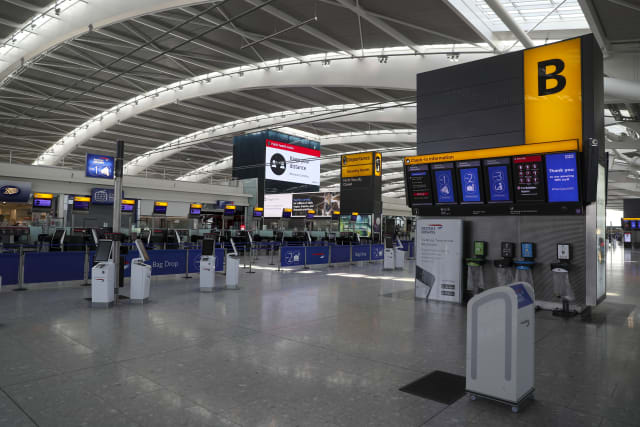 The Foreign Office has chartered 12 more flights to bring more than 3,000 stranded UK nationals back from India.

They follow seven flights that have already been arranged between April 8 and April 12 and will take the total number of Britons repatriated from India to around 5,000.

A £75 million operation to charter flights from destinations where commercial routes have been severed due to the coronavirus pandemic was launched by the Foreign and Commonwealth Office last week.

But efforts to bring people home from India have previously been criticised by travellers complaining about lengthy waiting lists and expensive fares.

The new flights will leave from Goa, Amritsar, Ahmedabad, Hyderabad, Chennai, Kolkata and Thiruvananthapuram between April 13 and April 20, with bookings opened on Friday.

The Foreign Office’s Minister for South Asia and the Commonwealth, Lord (Tariq) Ahmad of Wimbledon, said: “We are doing all we can to get thousands of British travellers in India home.

“This is a huge and complex operation which also involves working with the Indian government to enable people to move within India to get on these flights.

“Over 300 people arrived from Goa on Thursday morning, 1,400 more will arrive over the Easter weekend, and these 12 flights next week will bring back thousands more.”

The Foreign Office said India is one of its priority countries for arranging charter flights, along with South Africa and Peru, due to the large number of Britons seeking to return.