Duke of York pictured with ex-wife packing donations for hospice 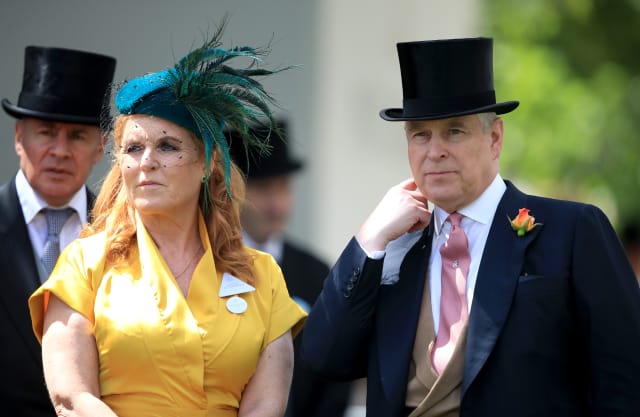 The Duke of York has made a rare public appearance since stepping down from royal duties in the wake of the Jeffrey Epstein scandal.

Andrew was pictured with his ex-wife the Duchess of York packing cupcakes into gift bags for the Thames Hospice, which provides care for people with life-limiting illnesses.

The images, posted by Sarah Ferguson’s assistant Antonia Marshall on Instagram on Thursday, also show the duke smiling as he helps deliver the items to the hospice in Windsor.

It is one of the first times the duke, 60, has been spotted in public following his disastrous Newsnight interview last year over his relationship with convicted sex offender Epstein.

He was previously seen with the Queen attending a Sunday service at St Mary the Virgin church in Hillington, Norfolk, back in January.

A caption accompanying the latest photographs of the duke on Instagram said he was making care packages with the duchess amid the coronavirus pandemic.

“The York family are a wonderful and steadfast unit and through this crisis, are continuously helping others,” the caption said.

The photographs show Andrew, wearing a Burgundy-coloured shirt, smiling as he holds a box of the bright pink gift bags outside the hospice building.

The duke faced a backlash after his Newsnight interview in November, with critics accusing him of failing to show regret over his friendship with the disgraced financier, and empathy with his victims.

The duke was due to be promoted to admiral on his 60th birthday, in line with a longstanding policy that sees senior royals treated as serving military members.