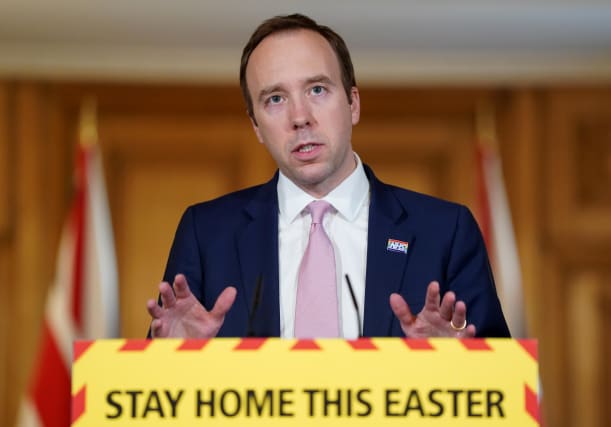 The coronavirus epidemic remains in a “dangerous phase” a senior Government scientist has warned as the UK recorded its highest daily death toll since the outbreak began.

Health Secretary Matt Hancock told the daily No 10 news conference that as of Thursday there had been 8,958 hospital deaths from the disease – an increase of 980 on the previous day.

As ministers and officials urged the public to stay at home over the Easter bank holiday weekend, the deputy chief scientific adviser, Professor Jonathan Van-Tam, said it was “premature” to say the outbreak had reached its peak.

While he said there were signs the “curving is bending” in terms of hospital admissions, he said it was still too soon to start lifting the lockdown.

“We are in a dangerous phase still. And I need to reinforce that again to you, that this is not over,” he said.

“It’s premature to say we are at a peak and the push we are making with social distancing just has to continue.”

His warning was echoed by chief nursing officer Ruth May who paid tribute to the NHS frontline staff who had died after becoming infected with the virus.

She said: “Of course nurses, healthcare assistants, midwives, and other NHS staff are now among the victims of this coronavirus. Some have lost their lives.

“The NHS is a family and we feel their loss deeply.”

The warnings came as Mr Hancock sought to reassure health and social care staff that efforts were being put in place to get the personal protective equipment (PPE) they needed.

He said the armed forces were part of a “Herculean” logistics effort to get the kit out to hospitals, surgeries and care homes where it was needed on an unprecedented scale.

And amid huge international demand for PPE – including gowns, face masks, gloves and visors – he urged British manufacturers to fill the gap and start producing the equipment needed in the UK.

– Downing Street said that Boris Johnson was able to take “short walks” between rests following his discharge from intensive care at St Thomas’ Hospital on Thursday.

– Ministers said tests for coronavirus had reached more than 19,000 a day – against the Government’s target of 100,000 by the end of the month.