Boris Johnson needs to ‘rest up’, says his father 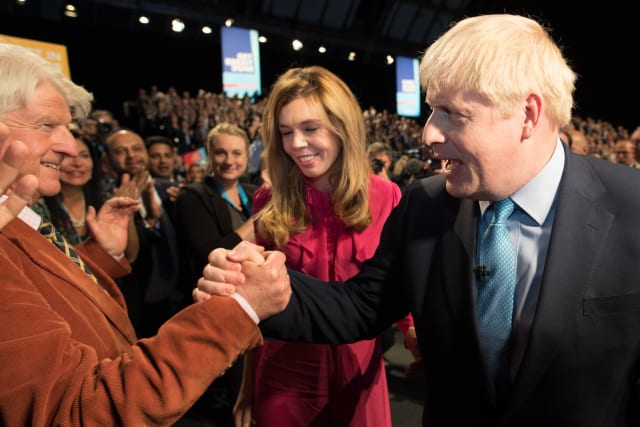 Boris Johnson needs to take time to “rest up” while he recovers from Covid-19, his father has said.

Stanley Johnson said his son “almost took one for the team” and will need a period of rest before he can “pick up the reins” at Number 10.

The Prime Minister has returned to a ward at St Thomas’ Hospital in London after spending three nights in intensive care being treated for symptoms of the coronavirus.

An ICU consultant told the PA news agency that Mr Johnson is now likely to be using a normal face mask.

It is “almost impossible to know” how long it will take for the PM to be fully recovered, it was suggested.

In an interview on Friday, Mr Johnson’s father said the whole family is “amazingly grateful” for the efforts of the NHS and for the huge outpouring of support for his son.

He told BBC Radio 4’s Today programme that his son’s illness had underlined the seriousness of the pandemic.

“To use that American expression, he almost took one for the team. We have got to make sure we play the game properly now,” Mr Johnson Senior said.

“This is pretty straightforward now,” he went on.

“He must rest up. As I understand it, he has moved from the ICU into a recovery unit but I don’t think you can say this is out of the woods now.

“He has to take time. I cannot believe you can walk away from this and get straight back to Downing Street and pick up the reins without a period of readjustment.”

Mr Johnson Snr’s comments are likely to be taken as a further indication that Foreign Secretary Dominic Raab will continue to deputise for the PM in the coming days.

Ministers have been at pains to stress that the business of government will continue while Mr Johnson is treated and recovers from his illness.

Professor Duncan Young, an ICU consultant, said staff will be monitoring the PM’s need for oxygen, and assessing when he is able to go home.

He said: “My guess is he is now on a normal oxygen face mask. That’s the point when it is likely someone is discharged from ICU.

“As his need for additional oxygen goes down, the hospital staff will dial down the level of oxygen, and it will get to the point where he can breathe ordinary air. Staff will have to decide at that point whether it is safe for him to go home.”

As well as being able to breathe without added oxygen, doctors and nurses will be looking to see if Mr Johnson is able to do things for himself, such as walk and eat.

Once he is discharged, and is able to go home, Mr Johnson is still likely to experience shortness of breath and lethargy, Prof Young said.

“He has been very ill and it will take a while,” said Prof Young, adding: “Nobody knows in terms of shortness of breath and lethargy, in scientific literature, how long it takes to recover. It particularly depends on how ill you have been.

“Sitting in a chair is one thing, getting up and doing things puts more pressure on your system.”

Prof Young said it is “almost impossible to know” how long it will take for Mr Johnson to resume his normal activities.

The PM was admitted to hospital last Sunday evening for tests due to suffering continuing symptoms of Covid-19, having tested positive for the virus 10 days earlier.

He now appears to be on the road to recovery, with Downing Street saying on Thursday evening that he has left intensive care and is being closely monitored.

As well as his position as Foreign Secretary, Mr Raab is First Secretary of State and it was in this role that the Prime Minister asked him to stand in for him after his symptoms worsened on Monday afternoon.

In addition to leading the Government’s daily coronavirus “war cabinet” sessions, Mr Raab will also chair any necessary meetings of the National Security Council in Mr Johnson’s stead, it has previously been confirmed.