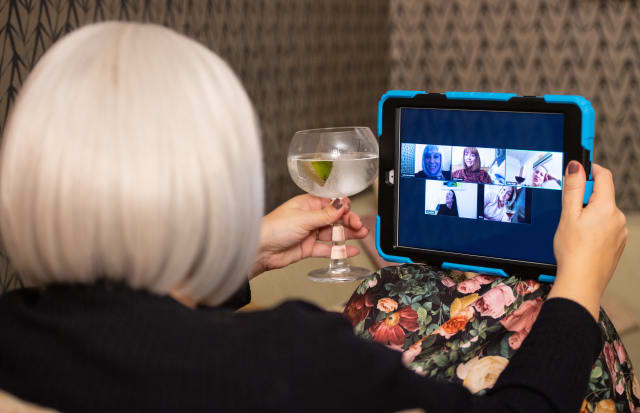 Zoom has introduced a new security menu to make accessing privacy tools easier, as the video conferencing platform looks to improve its reputation for safety.

The platform has introduced a dedicated security icon at the bottom of the screen from which users can quickly access all the app’s safety features.

The video app recently pledged to improve security after concerns were raised about issues with the service just as its popularity grew during the coronavirus lockdown.

In response, Zoom apologised and admitted it had struggled to keep up with its new demand – but pledged to improve its security features.

The new menu now allows to update security settings while live in a call for the first time, rather than making meeting hosts set security settings before a call – something critics said was leading to gaps in meeting security and privacy, because users unaware of all Zoom’s safety features often started meetings without seeing all the options.

“We recognise that various security settings in the Zoom client, while extremely useful, were also extremely scattered,” the company said of the update.

“The addition of this persistent Security icon helps augment some of the default Zoom security features in your profile settings and enables Zoom users to more quickly take action to prevent meeting disruption.”

In addition to the new centralised security menu, Zoom said meeting IDs would no longer be displayed on the title toolbar.

The company said this was to prevent others seeing active meeting IDs when “Zoom screenshots are posted publicly”, and using the information to crash meetings.

Prime Minister Boris Johnson was criticised when hosting a virtual Cabinet meeting on the platform last month, after he revealed the meeting ID and usernames of several Cabinet ministers by posting a screenshot to Twitter.

Although Downing Street said at the time that the ID was only used once and was protected by a password, many cybersecurity experts said the incident was still a safety lapse.

Such concerns around Zoom are linked to a process known as “Zoombombing”, where strangers enter a meeting and harass those taking part or display explicit material.

These incidents exploited a Zoom feature which leaves meetings open to anyone unless locked by the host and forced the company to publish online guidance on how to protect calls.

Founder and chief executive Eric Yuan recently admitted the platform has struggled to deal with the demand and, as a result of the increased attention, a range of flaws within the service had been highlighted.

The new security menu is the company’s attempt to plug these gaps, while this week the firm also announced former Facebook chief security officer Alex Stamos had been recruited as an outsider adviser.

The latest security update also puts the Waiting Room feature on by default, a tool which is designed to stop strangers entering a meeting, while meeting passwords have also been turned on by default.