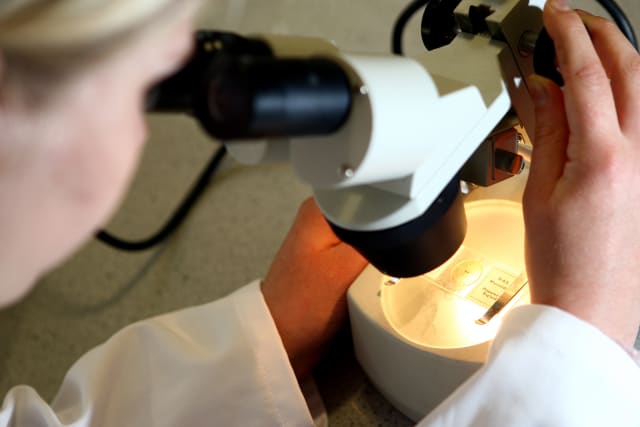 Researchers who mapped some of the original spread of coronavirus in humans have discovered there are variants of the virus throughout the world.

They reconstructed the early evolutionary paths of Covid-19 as infection spread from Wuhan, China, out to Europe and North America.

By analysing the first 160 complete virus genomes to be sequenced from human patients, scientists found the variant closest to that discovered in bats was largely found in patients from the US and Australia, not Wuhan.

Dr Peter Forster, geneticist and lead author from the University of Cambridge, said: “There are too many rapid mutations to neatly trace a Covid-19 family tree.

“We used a mathematical network algorithm to visualise all the plausible trees simultaneously.

“These techniques are mostly known for mapping the movements of prehistoric human populations through DNA.

“We think this is one of the first times they have been used to trace the infection routes of a coronavirus like Covid-19.”

They found three distinct, but closely related, variants of Covid-19, which they called A, B and C.

Researchers found that the closest type of coronavirus to the one discovered in bats – type A, the original human virus genome – was present in Wuhan, but was not the city’s predominant virus type.

Mutated versions of A were seen in Americans reported to have lived in Wuhan, and a large number of A-type viruses were found in patients from the US and Australia.

Wuhan’s major virus type was B and prevalent in patients from across east Asia, however it didn’t travel much beyond the region without further mutations.

The researchers say the C variant is the major European type, found in early patients from France, Italy, Sweden and England.

It is absent from the study’s Chinese mainland sample but seen in Singapore, Hong Kong and South Korea.

The analysis also suggests one of the earliest introductions of the virus into Italy came via the first documented German infection on January 27, and that another early Italian infection route was related to a “Singapore cluster”.

Scientists argue their methods could be applied to the very latest coronavirus genome sequencing to help predict future global hotspots of disease transmission and surge.

The findings are published in the journal Proceedings of the National Academy of Sciences (PNAS).

Variant A, most closely related to the virus found in both bats and pangolins, is described as the root of the outbreak by researchers.

Type B is derived from A, separated by two mutations, then C is in turn a “daughter” of B, the study suggests.

The phylogenetic network methods used by researchers  – which looks at evolutionary relationships among biological entities – allowed the visualisation of hundreds of evolutionary trees simultaneously in one simple graph.