Rail worker killed after being struck by train 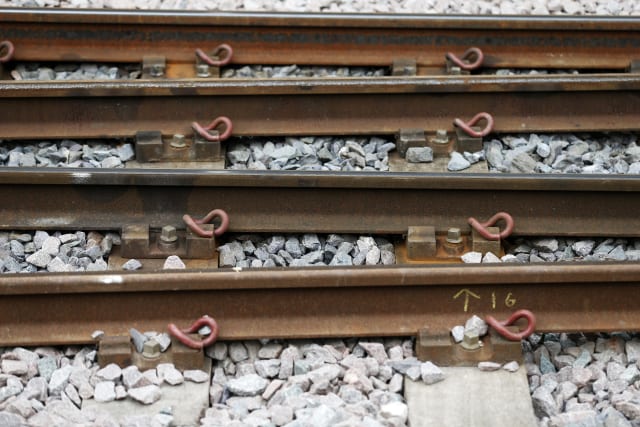 A Network Rail contractor has died after being hit by a passenger train.

The Government-owned company said the incident happened on the West Coast Mainline in Northamptonshire on Wednesday morning.

The victim, aged in his 50s, was employed by engineering firm AmcoGiffen and was carrying out work for Network Rail when the accident happened.

His family have been informed.

The incident follows the deaths of two Network Rail track workers who were struck by a train in South Wales in July last year.

A week after that accident, the firm launched a £70 million scheme to improve the safety of its staff.

James Dean, Network Rail’s West Coast Mainline South route director, said: “It is with great sadness I can confirm that a railway employee died yesterday after being struck by a train.

“The tragedy took place just before 11am near Roade on a southbound line between Northampton and London Euston.

“Our thoughts and sympathies are with his family and loved ones at this time.”

The man was struck by a passenger train operated by London Northwestern Railway. The West Coast Mainline was blocked for around an hour.

A British Transport Police spokesman said officers and paramedics attended and the victim was pronounced dead at the scene.

He went on: “Officers remain at the scene today to establish the full circumstances behind the incident and are working alongside the Government’s Office of Rail and Road (ORR).”

The Rail Accident Investigation Branch said a team of inspectors was gathering evidence from the site.

AmcoGiffen said in a statement it was working with the authorities to “understand the circumstances which led to this tragic event”.

It added: “Our immediate thoughts are with the family and friends of our colleague who has lost his life in the conduct of delivering essential rail services.”

Rail Minister Chris Heaton-Harris said: “I am deeply saddened to learn of the tragic accident involving a Network Rail contractor near Wolverton. My heartfelt sympathies are with the family and friends at this devastating time.

“We are working with the authorities to ensure the accident is fully investigated and that lessons are learned.”

Michael “Spike” Lewis, 58, and Gareth Delbridge, 64, died in Port Talbot, South Wales, on July 3 last year when they were hit by a train as they were carrying out track work while wearing ear defenders.

An interim report by the RAIB found that there was no formally appointed lookout in place.

The ORR issued Network Rail with two improvement notices in July 2019, stating that the organisation was “not ensuring the safety of their employees and contractors working on or near the line so far as is reasonably practicable”.