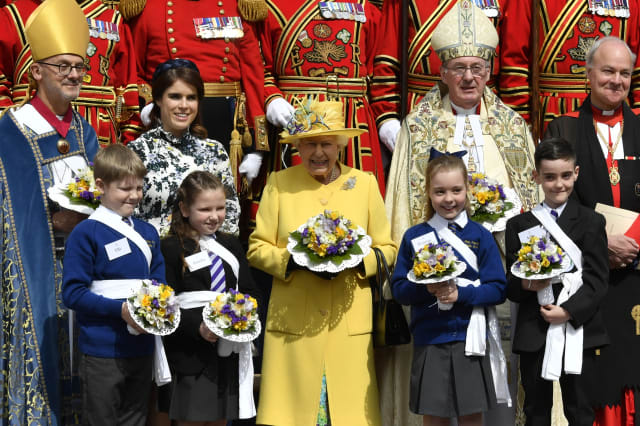 The Queen has described how dedication to the “service of others” has been the corner stone of her life in a letter to community stalwarts.

The monarch has written to those she would have presented with symbolic money during the annual Royal Maundy service, but who instead have received the gift by post after the event was cancelled due to the coronavirus outbreak.

Retired pensioners, who have supported the church and their local communities, are recommended by clergy of all denominations to receive Maundy money, and the Queen wrote to say the presentation is “one of my most rewarding duties as Sovereign”.

Among those who have received Maundy money are 100-year-old Bill Allen, from Chelmsford in Essex, who was a dispatch rider for Second World War General Montgomery and is a loyal ambassador for the Royal British Legion.

Jane Armstrong, 76, from Durham, was recognised for her work in Bishop Auckland running crisis support groups and foodbanks, and received an MBE from the Queen for community work in 1996.

The Queen said in her letter that “unfortunately” she was unable to distribute the money this year during the service which was due to be held at St George’s Chapel at Windsor Castle.

She added: “This ancient Christian ceremony, which reflects Jesus’s instruction to his disciples to love one another, is a call to the service of others, something that has been at the centre of my life. I believe it is a call to service for all of us.

“It is one of my most rewarding duties as Sovereign to observe this highly significant ceremony at such an important point in the Christian calendar.

“I know that you, as a recipient of this year’s Maundy Gift, will be as deeply disappointed as I am that it is not going ahead, while understanding the necessary decision in the current circumstances.

“However, this should not mean your invaluable contribution within the community goes unnoticed, and I am sending this Maundy Gift to thank you for your Christian service.

“My thoughts and prayers are with you and your families at this difficult time.”

Maundy Thursday is the Christian holy day falling on the Thursday before Easter, commemorating the Last Supper of Jesus Christ with the apostles.

During the service, the Queen would have distributed Maundy money to 94 men and 94 women – as she will be 94 this year, celebrating her birthday on April 21.

But the money was posted instead, due to the Covid-19 lockdown and social distancing instructions, with recipients receiving two purses, one red and one white.

Brexit briefing: 215 days until the end of the transition period