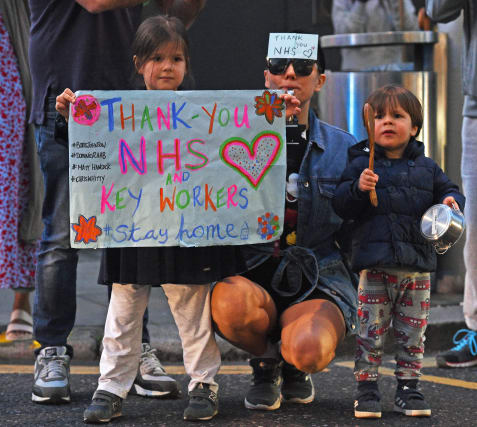 Britons have turned out for a third consecutive Thursday night for a nationwide round of applause in recognition of key workers during the Covid-19 pandemic.

Westminster Bridge was lined with clapping Metropolitan Police officers and firefighters, while construction workers outside the new Nightingale Hospital in Harrogate also showed their appreciation.

They were joined in the weekly Clap for Carers celebrations by Foreign Secretary Dominic Raab and Chancellor Rishi Sunak, who applauded outside the Foreign and Commonwealth Office in London.