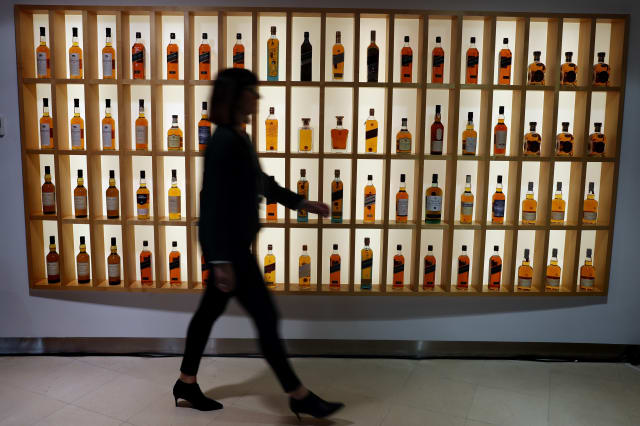 Johnnie Walker and Guinness owner Diageo has warned that the speed of the shutdown across the world is hitting the business even harder than before.

Bosses at the company highlighted several areas which have worsened in the past month following widespread lockdowns across the globe.

They also put on hold a share buyback scheme aimed at boosting the share price and scrapped all advertising and promotional spending for the company’s brands, which also include Smirnoff, Captain Morgan and Baileys.

In a statement released to the stock market, the firm added: “Widespread containment actions put in place by governments across the globe in March, including the closure of bars and restaurants, are having a significant impact on the performance of our business.

“Social distancing measures, including the closure of the on-trade channels, have been introduced in most of our markets. We are tracking changes in consumer behaviour during this time and adjusting our plans and resources in response.”

In Europe, Diageo also revealed that around half of all sales on the continent are from pubs, bars and restaurants. But with the UK and others closing venues, this has now collapsed, it added.

There has been a boost in sales through supermarkets, but this was cautioned with questions over whether it can be sustained longer term.

Elsewhere it said: “In mainland China, we are beginning to see a very slow return of on-trade consumption, as restaurants and bars have started to gradually reopen.

“The significant impact on global travel retail, referred to in our February 26 update, has extended beyond Asia Pacific into other markets in March due to a steep drop in passenger numbers, as well as new travel restrictions imposed by many countries.”

Sales have also taken a dive in North America, India and two production sites in Nigeria have also been shut.

But despite the difficulties, Diageo said it was donating alcohol to make more than eight million bottles of sanitiser for frontline healthcare workers around the world, along with support packages for bar staff hit by closures.

To cut costs, the business said: “We are stopping A&P (advertising and promotional) spend that will not be effective in the current environment.

“We are also tightly managing working capital and deferring discretionary capital expenditure projects. We are providing an appropriate level of support to our key suppliers and customers to ensure we are strongly positioned for a recovery in consumer demand.”