Energy suppliers split over asking Government for a bailout 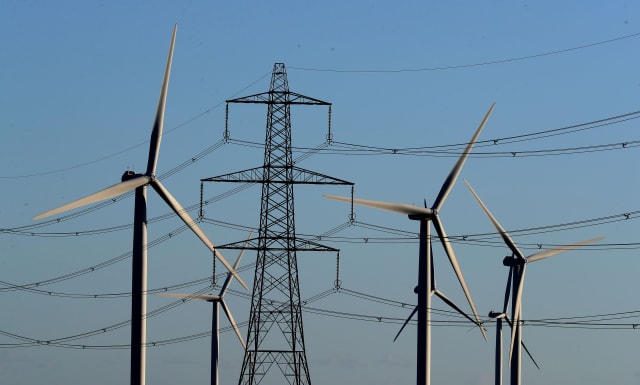 The UK’s energy suppliers agree they will need to raise extra cash in the wake of the coronavirus crisis as customers struggle to pay bills, but are clashing over who should fund it, according to insiders.

A rift has opened between some suppliers, led by the larger players, pushing for changes to the energy price cap, and others calling for access to Government-backed loans to help them support customers, industry sources told the PA news agency.

Many business customers, including pubs and shops, have ripped up their direct debits, causing some suppliers to worry about what their income might look like.

One supplier also told PA it had seen a 300% increase in residential customers cancelling payments as Universal Credit claims soar and workers are given pay cuts.

It could leave companies facing the dilemma of helping vulnerable customers while collecting less money themselves.

The Financial Times reported two weeks ago that trade body Energy UK was planning to ask the Government to back a loan scheme which would provide £100 million a month to give payment holidays to households and businesses who are struggling to pay their bills.

However, some of the larger suppliers would prefer Ofgem to look at how bad debt is calculated in its price cap.

The regulator currently allows companies to charge a small amount on top of the energy they sell to cover bad debt from customers who cannot pay their bills.

Larger suppliers are asking for this to be expanded in the next price cap, due to come in six months, PA understands.

However, making these changes is a complicated process which would need months of public consultations before it goes through. And even if changed, the new price cap does not come into effect until October, so suppliers will have to take the hit until then.

Ofgem’s bad debt calculation is based on figures from 2017 when the price cap was being designed.

Ofgem said it is “fully focused on ensuring the industry can respond to Covid-19 most effectively in order to protect consumers, especially the vulnerable, keeping them supplied with electricity and gas while keeping workers and consumers safe.

“Our energy supplies remain secure and Britain will continue to benefit from world class levels of reliability.

“We continue to discuss with energy suppliers the challenges that they face during the Covid-19 outbreak.”

A spokesman for Energy UK, which represents dozens of energy suppliers, said: “On behalf of the industry, we will continue to work with the Government on options for how best to support the households and businesses who may be struggling to pay for essential services like their energy bills right now.”

Insiders also questioned if the energy sector would be front of the queue for a potential Government bailout as it is still collecting cash from customers, unlike many companies in the travel and hospitality sectors.

Some experts have also suggested increasing support straight to vulnerable customers, through mechanisms that are already in place. This would let households pay their energy bills, and take the pressure off suppliers to pick up the slack.

Some suppliers have already started taking action to help customers. On Wednesday Ovo, which has recently acquired SSE’s retail business, announced that all its approximately 5 million customers will be able to tap into a £50 million hardship fund if they are struggling to pay their bills.

“Ovo is also working with other energy companies and Ofgem to develop a sustainable long-term position for all customers,” said chief executive Stephen Fitzpatrick as he announced the measures.

“This plan will take some time to put into action. In the meantime, we are doing what we can to give reassurance and support to our customers.”