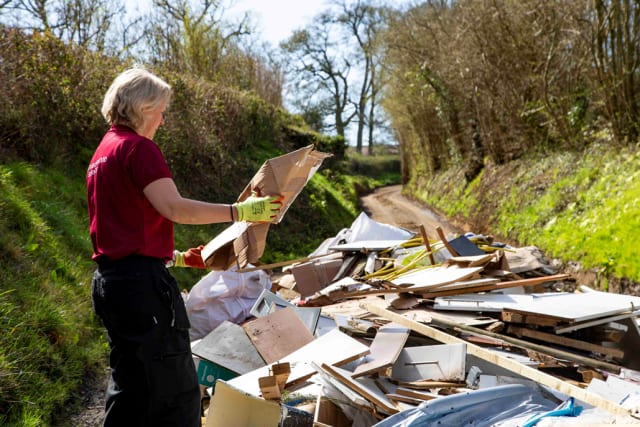 A council has reported an upsurge in fly-tipping since the Covid-19 lockdown, with dumped waste blocking a country lane in the latest incident.

Officers from Winchester City Council were sent to clear up the waste that was left in Portchester Lane, Southwick, Hampshire.

A spokesman for the local authority said: “The most recent case was a large trail of waste, including various kitchen items and building materials, that blocked a rural road in Southwick.

“The council’s waste removal team spent a morning clearing up the site at Portchester Lane and discovered evidence at the site to aid a prosecution.

“The latest incident comes as there has been an increase of waste being dumped across the district, with five reported in the last 10 days, including a hoover and a mattress being dumped on the A32 between Wickham and Droxford.”

Councillor Neil Cutler, deputy leader, said: “Fly-tipping at this time diverts teams away from the frontline of waste collection and in this case more importantly, could have blocked emergency service vehicles from attending those in need.

“We would ask householders, where possible, to store rubbish until the waste recycling centres reopen, and remind people that if they pay someone to take away this material, and this is subsequently fly-tipped, both they and the fly-tipper can and will be prosecuted.”

The council spokesman said that fly-tippers can be fined up to £50,000 and might also be imprisoned for up to five years.