Biker spotted zooming down M23 at 150mph during lockdown 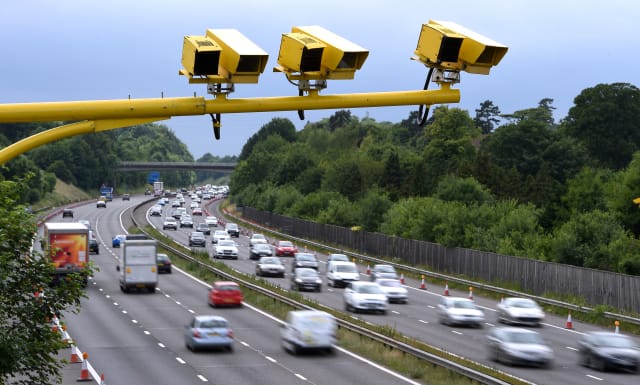 A motorcyclist has been condemned for riding down the M23 at around 150 miles per hour on Thursday.

The coronavirus lockdown has left motorways much clearer than normal, prompting police to issue warnings to road users.

The high speeds were condemned as “hugely disappointing”, coming less than 24 hours after police issued an appeal for drivers to avoid unnecessary journeys.

The biker passed a marked police car on the southbound motorway at about 10.15am and was chased, Sussex Police said.

Officers lost sight of the motorcyclist in Fulking, Mid Sussex.

Later, police spotted a van in a nearby car park and asked the driver if he had seen a speeding bike in the area. He replied no.

A Sussex Police spokesman said: “Not convinced by his response, the officers continued into the car park, where the same bike was spotted and the rider was detained.

“At this point, the van drove off.”

Chief Inspector Michael Hodder, of the Surrey and Sussex Roads Policing Unit, said: “This was an excellent response by our specialist roads policing officers, who used their instinct and ingenuity to locate a dangerous driver.

“It’s hugely disappointing that this incident occurred less than 24 hours after we issued an appeal for motorists to avoid unnecessary journeys, and to pay particular attention to the ‘fatal four’ offences – speeding, drink and drug-driving, mobile phone use and not wearing a seatbelt.

“Just because a road is clear, it does not give you license to speed or commit any other offence. Travelling at such a senseless speed significantly reduces the amount of time you have to react to any other hazards on the road, therefore increasing your chances of being involved in a collision.

“Speed kills. It’s as simple as that. The motorcyclist in this incident can count himself fortunate to still be alive – he could easily have killed or seriously injured himself or someone else.”

A 25-year-old man from Worthing has been reported for dangerous driving, speeding and failing to stop. His bike was also seized, police said.