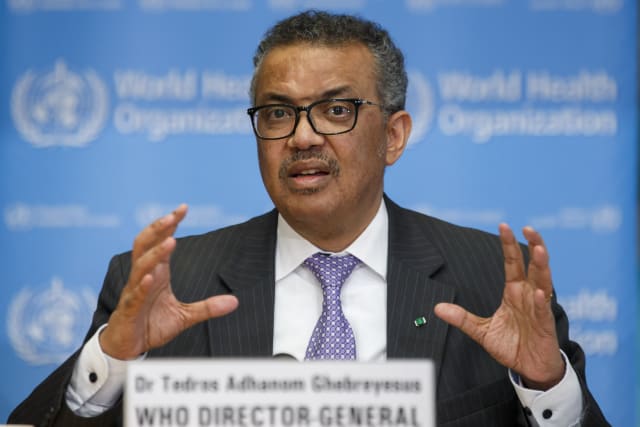 The head of the World Health Organisation (WHO) has called for a “quarantine on politicising Covid-19” after facing criticism over the crisis.

China and the US and G20 countries, should “come together to fight it”, he added.

“Those who have differences should join hands to fight it,” he said.

It comes after the organisation had faced criticism from US President Donald Trump.

During a press briefing at the White House on Tuesday night, Mr Trump accused the WHO of being “wrong about a lot of things”.

Mr Trump also threatened to halt funding to the international public health body and said it had “missed the call” to outline the seriousness of the disease in the early days.

“Unity is the only option to defeat this virus.”

He added: “Why would I care about being attacked when people are dying?

He told the virtual press briefing that as head of the organisation, he had been subject to death threats and racist abuse over the past two or three months but added: “I don’t give a damn.”

He continued: “When the whole black community was insulted, when Africa was insulted, then I don’t tolerate, then I say it is crossing a line. When it’s personal, even death threats, I don’t care.”

WHO officials used the first part of the briefing to outline steps that have been taken to “alleviate suffering and save lives”.

Thursday April 9 marks 100 days since the global health body was notified of the first cases of “pneumonia with unknown cause”.

Dr Ghebreyesus told a virtual press briefing: “Tomorrow marks 100 days since WHO was notified of the first cases of ‘pneumonia with unknown cause’ in China.

“It’s incredible to reflect on how dramatically the world has changed, in such a short period of time.”