What is happening with the UK lockdown review? 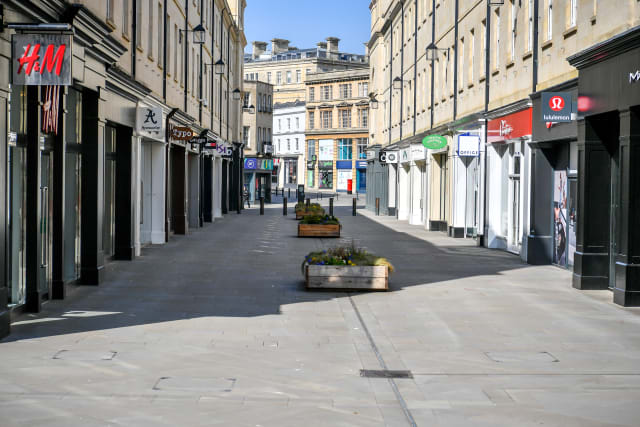 Prime Minister Boris Johnson promised reviews of the coronavirus situation every three weeks, after placing the UK into lockdown on March 23.

But while the first milestone is approaching, just in time for the Easter bank holiday, it may not quite be the time to get our collective hopes up just yet.

– So, will the lockdown be reviewed next week, or even lifted?

Sadly not. Foreign Secretary Dominic Raab, who is standing in for the Prime Minister, said that the plan to review measures on Monday would not take place as scheduled, as the PM remains in hospital.

The consultation was supposed to happen before April 16, but the Government has not specified when it will now take place.

Health minister Edward Argar added that the Government would need to start seeing coronavirus numbers decline and “sustained over a period of time” before restrictions could be lifted.

– Are numbers coming down at all?

The latest data from a specially designed Covid-19 symptom tracker app suggests the rate of new symptoms being reported nationally has slowed down in the past few days.

Researchers say the drop indicates that, although the number of hospital admissions and deaths in the UK are still rising, they should start to fall in about two weeks if social distancing continues.

The Government’s chief scientific adviser Sir Patrick Vallance also said on Tuesday that the figures “could be moving in the right direction” – taking us closer to the end of lockdown.

– When will we know for sure numbers are declining?

It could be a few more weeks yet. Health experts have noted a lag of around two weeks in the hospitalisation and death rate data behind actions taken to slow the disease.

Sir Patrick added that health advisers would need another “week or so” before they could be sure that numbers were indeed going down.

– What will trigger relaxation?

Ministers and scientists have been reluctant to say what exact requirements must be met before they relax the rules, and are still emphasising the importance of maintaining social distancing.

Deputy chief medical officer Jenny Harries has said that the UK must continue to be “responsible” before the lockdown can be lifted “gradually”, adding that the process was likely to be “spaced”.

– Which other countries are in lockdown?

Many countries worldwide, including large parts of continental Europe and more than half of US states, are also currently in lockdown.

Restrictions in some badly affected European countries, including Italy, Spain and France, which have already been in lockdown for more than a month, will remain in place until mid-April at the earliest.

– Have any of them relaxed restrictions?

Citizens in Wuhan, China – the city where the coronavirus crisis began – were officially taken out of their lockdown that began on January 23 on Wednesday, prompting much celebration.

Restrictions will not be entirely abandoned; schools remain closed, temperatures are still checked before entering buildings and masks are encouraged, as the Chinese government looks to avoid a resurgence of the virus.

Other countries are also showing signs of lifting certain restrictions, such as Norway, which says it plans to begin reducing lockdown from the end of April.