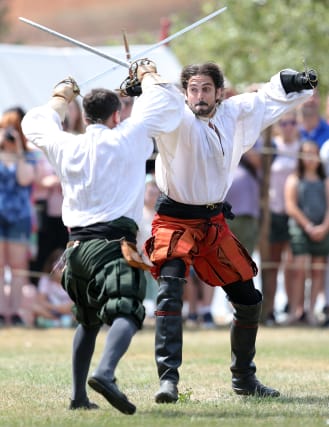 Politicians and commentators have been urged to refrain from using war metaphors when discussing Covid-19.

Linguistic experts at Lancaster University are appealing for inspirational alternatives to be considered instead when framing Covid-19 such as comparing it to an ongoing football game where the result is not yet known.

Professor Elena Semino said: “Some aspects of hostile language such as ‘the fight against the coronavirus’ help to communicate how serious the situation is and can foster a spirit of solidarity in the face of an external threat.

“But some features of the war metaphor may actually have adverse effects in that they lead to anxiety or indeed aggression towards people who may be seen as guilty of causing or spreading the virus.

“We know from the literature on public health communication that war metaphors are ill-equipped to make people abstain from their usual behaviours.

“This is particularly relevant in the Covid-19 crisis, where whole populations are required to passively stay at home.”

“Relying on a single metaphor, therefore, is not advisable, especially for something as critical as a global pandemic.

“This is a time where sensitivity and creativity are required to develop a range of metaphors that can appeal to the widest possible variety of people and circumstances.”

– Italian virologist Roberto Burioni likened the containment of the virus to a football game in which one side was down 0-3 and has equalised to 3-3 but has not yet avoided defeat, never mind won the game.

– German journalist Alexander Kekule compared the spread of the virus to a tanker that does not stop the minute the engine is switched off.

– Medical director of NHS England, Stephen Powis, spoke of “green shoots” to tell the country that self-isolation measures were showing some first effects.

Dr Koller said: “What these three metaphors – football game, tanker and green shoots – have in common is that they express cautious optimism and instil some hope, while also making it clear that people still have to comply with the containment measures.”

Under the #ReframeCovid hashtag, linguists from different countries are collecting and discussing various alternatives on Twitter.

Contributions are welcome from the general public.