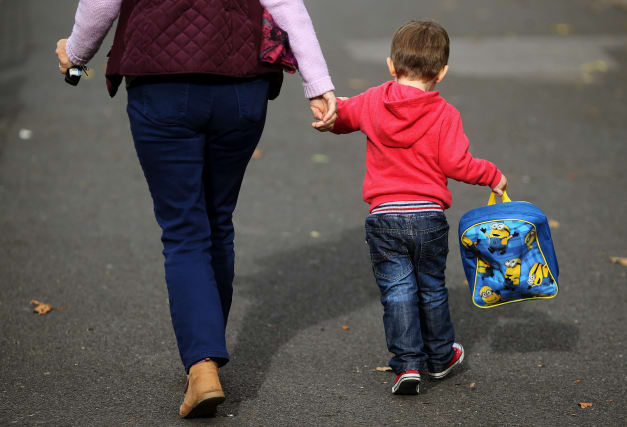 Nearly a third of nurseries are still charging parents fees for children who are at home during the coronavirus pandemic, a survey suggests.

Some parents have been asked to pay more than 50% of their child’s fees over the coming weeks despite them not being able to attend amid closures, according to a poll.

Nursery leaders say they have been forced to ask families for financial support to ensure they can fully reopen in the future as some are losing hundreds of pounds a day due to Covid-19.

Since March 21, nurseries have only been allowed to open their doors to vulnerable children and those with a parent identified as a critical worker.

But some parents are still being asked to pay some or all of their monthly fees, which can amount to hundreds of pounds, to retain their child’s place.

A survey from the National Day Nurseries Association (NDNA) found that 30% of nurseries are charging parents fees for children who are at home.

One parent, who asked to remain anonymous, was told by his child’s nursery in the north east of England that he would have to pay 50% of fees indefinitely from April to retain a place.

The father, who is still able to work remotely during the lockdown, told the PA news agency: “The concern is about fairness. Particularly for parents who are less fortunate than us.”

Purnima Tanuku, chief executive of the NDNA, said nurseries across the country were having to approach parents for money to “help keep them in business” amid the coronavirus pandemic.

She said: “Even with putting some staff on the job retention scheme, many will struggle to keep their nursery businesses afloat.

“The Government support does not cover the running costs of those who are staying open and won’t cover all fixed costs for those who close.

“We know of nurseries that are running at a loss of hundreds of pounds per day to stay open for families who need them. But they won’t be able to sustain this for long.”

The survey found that 50% of nurseries are currently managing to remain open to children of critical workers and vulnerable children.

These nurseries, which would usually be caring for nearly 140,000 children, are now looking after around 12% of their normal cohort, the NDNA has said.

Ms Tanuku added: “Employers are facing cash flow issues now but we know funds like the job retention scheme won’t be accessible until the end of April at the earliest. This is why some nurseries are having to approach parents to help keep them in business.

“It’s time the Government acknowledged this and put their backing behind nurseries to make sure they are in a position to fully reopen when the country gets back to business as usual.”

Layla Moran, education spokeswoman for the Liberal Democrats, wrote to Education Secretary Gavin Williamson a fortnight ago to call for “urgent financial relief” for nurseries and parents.

On the latest survey findings on nursery fees, Ms Moran said: “This situation is unfair on both parents and childcare providers.

The Lib Dems have called on the Government to extend the £25,000 grants, currently available to medium-sized retail, hospitality and leisure businesses, to nurseries.

A Department for Education spokesman said: “We continue to fund councils for the free childcare entitlements for the duration of these closures, even if children are not attending.

“We have also put in place a significant package of financial support including a business rate holiday for many private providers and the Coronavirus Job Retention Scheme to support workers.

“We expect nurseries to take a reasonable and proportionate approach to parents’ fees, in light of these unprecedented circumstances, and to communicate any arrangements clearly with them.”