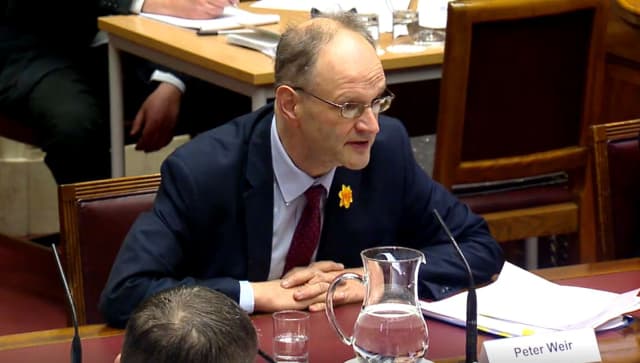 Most schools open for the children of key workers have no pupils attending, a senior Stormont official said.

Schools have closed to all but the youngsters of healthcare workers and other essential staff since last month in a bid to hamper the spread of coronavirus.

Derek Baker, from the Department of Education, said the numbers of pupils present range from 19 to zero.

The permanent secretary added: “The most common number of pupils attending is zero and the average is two.”

Education minister Peter Weir added that some parents are sending their children to school on some days and not others.

Mr Weir and senior civil servants gave evidence to their scrutiny committee at Stormont on Wednesday.

Addressing the committee, Mr Weir said some key worker parents only need support from schools a couple of days a week.

He said: “The overall numbers of children catered for are larger than the individual numbers on one particular day.”

Childcare providers have also been hit by the virus, committee members said.

Mr Weir said it is not economically viable for childcare centres to open for a fraction of their normal cadre.

The matter is under discussion by ministers.

He added: “I hope that there will be movement on that very soon.”

Special schools have been attempting to access kit with limited success so far, the nationalist SDLP representative added.

The central Education Authority has some supplies.

Mr McCrossan said: “Teachers are very, very concerned about vulnerable children in their care and the lack of personal protective equipment provision being provided to them to ensure the safety of children.”

A special school is one which is organised to provide education for pupils with special educational needs.

Those with underlying health issues are particularly vulnerable during the Covid-19 pandemic.

Mr McCrossan added there is a general belief that there is no need for personal protective equipment in schools.

He said: “In these special schools there is an absolute need for this equipment.”

The permanent secretary committed to engaging with the leaders of special schools on the issue.