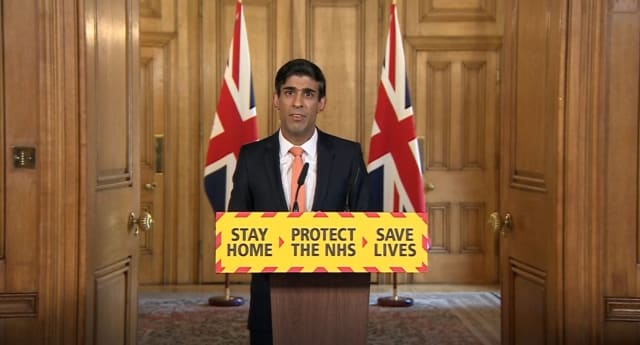 Charities struggling during the coronavirus pandemic will be given a £750 million bailout to keep them afloat, the Chancellor has announced.

Rishi Sunak said charities, including those supporting domestic abuse victims and hospices, will receive cash grants to ensure they can meet increased demand as a result of the virus.

Some £360 million direct from Government departments will go to charities providing key services, while smaller charities will benefit from £370 million, including through a grant to the National Lottery Community Fund.

The Government has also pledged to match the public’s donations to the National Emergencies Trust, guaranteeing a minimum of £20 million.

It will match fund whatever the public decides to donate to the BBC’s Big Night In charity appeal on April 23.

Mr Sunak said: “Our charities are playing a crucial role in the national fight against coronavirus, supporting those who are most in need.

“It’s right we do everything we can to help the sector during this difficult time, which is why we have announced this unprecedented £750 million package of extra funding.

“This will ensure our key charities can continue to deliver the services that millions of people up and down the country rely on.”

Tens of thousands of charities are expected to benefit, including hospices, St John’s Ambulance to help it support the NHS, vulnerable children and victims services and Citizen’s Advice, to increase the number of staff providing advice.