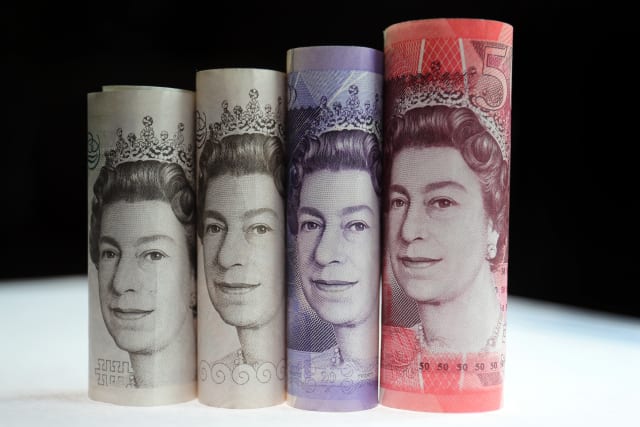 A late rally after the news that Bernie Sanders would pull out of the race to be US President was not enough to erase the impact of a soaring pound on the FTSE 100.

Likely boosted by news that Prime Minister Boris Johnson is responding to treatment in hospital after being admitted due to coronavirus, sterling helped push down the FTSE 100, as European markets continued to suffer.

It rallied after the news from Mr Sanders sent the Dow Jones up by around 2%.

Mr Johnson remains in intensive care under close monitoring but treatment is helping and the Prime Minister is clinically stable, Downing Street said on Wednesday.

It helped send sterling up, said Connor Campbell, an analyst at Spreadex.

The FTSE 100, whose companies rely on exports and imports, is often reversely impacted by whatever way the pound moves.

“The currency may be given a bit more of a workout on Thursday, which sees the monthly GDP readings for the UK, alongside the manufacturing and industrial production numbers,” Mr Campbell said.

Stock markets all across Europe also took a beating on Wednesday as EU leaders failed to reach a deal on a major new spending package to tackle Covid-19.

The European Central Bank has suggested that as much as 1.5 trillion euros (£1.3 billion) might be needed to help hit back at the pandemic.

“Once again when faced with the need to respond to an existential crisis, finance ministers have been unable to overcome the same old divisions that so nearly tore the bloc apart nearly a decade ago,” said Michael Hewson, an analyst at CMC Markets.

“Neither side appear able to see past the narratives of a spendthrift south and a more fiscally cautious north,” he added.

France’s Cac index spent much of the day in the red, but rose 0.1% just before closing, while Germany’s Dax dropped 0.2%. Both had been trading down 1% before Mr Sanders pulled out.

The price of a barrel of Brent crude oil was fairly flat at 31.79 dollars after a turbulent week.

In company news, housebuilder Taylor Wimpey rose 3.8% after saying it will make advance payments to subcontractors as part of a £5 million scheme aimed to prop up self-employed workers impacted by the coronavirus pandemic.

Morrisons dropped by less than 1% as it teamed up with takeaway delivery app Deliveroo to offer 30-minute deliveries of essential products from 130 stores.

Aviva, Direct Line and RSA Group were all down between 5% and 8% after all revealing they will not pay out to shareholders, following advice from regulators calling for insurers to preserve their cash due to the uncertainty.

Shares are suspended in NMC Health so the market was unable to react to the news that the London-listed private hospital business is expected to collapse into administration on Thursday after management said they had written to the UK courts telling them they have run out of cash.