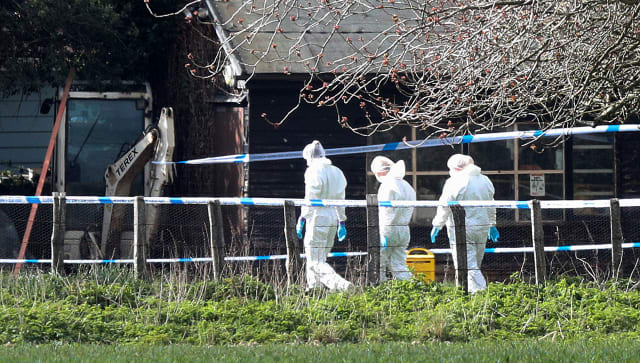 A family of four found dead in their village home during the coronavirus lockdown all had shotgun wounds, a coroner has heard.

The bodies of Robert Needham, 42, Kelly Fitzgibbons, 40, and their children, four-year-old Ava Needham and two-year-old Lexi Needham, were discovered on March 29, along with that of their dog.

The presumed murder weapon was found in the property in Woodmancote, West Sussex.

The tragedy was discovered when police received a report from someone concerned for the welfare of the family, who lived in Duffield Lane in Woodmancote, near Chichester.

Inquests into the four deaths were opened on Wednesday by senior coroner Penelope Schofield.

Legal secretary Ms Fitzgibbons was described by her sister as “wonderful and special” and a “dedicated and loving mother”.

Discussing the circumstances of her death, coroner’s officer Melanie Doyle told the hearing: “Kelly Fitzgibbons was found deceased inside her home address.

“She had injuries consistent with the use of a shotgun, which was also found within the house.

“The bodies of her partner and their two children were also found at the house.”

The inquest heard that Ms Fitzgibbons died from shotgun injuries to the head and neck.

Her two young daughters died from shotgun wounds to the head and chest, their inquests heard.

Builder Mr Needham also died from shotgun injuries, which the coroner said were to his neck and head.

Sussex Police’s investigation continues into the deaths, which the force believes were an isolated incident.

Officers have so far refused to confirm who is suspected of carrying out the killings.