Family ‘devastated’ by death of man killed in Barnsley 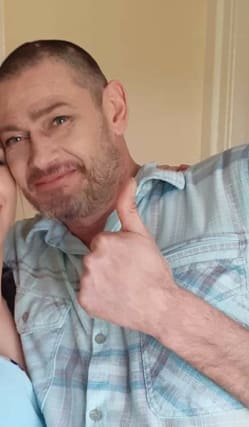 The family of a 46-year-old man who died days after being found with serious injuries are “devastated”, police have said.

Detectives have appealed for more help to find out what happened to Stafford Garner, who died in hospital on Sunday.

Mr Garner was found by paramedics at his home in Monsal Street, Thurnscoe, near Barnsley, South Yorkshire, at around 4.40pm on Thursday April 2.

He was taken to hospital where he remained in a critical condition until his death on Sunday, police said on Wednesday.

A South Yorkshire Police spokesman said a post-mortem examination provided the preliminary cause of death as a head injury but this is subject to further investigations.

He said four men have now been arrested on suspicion of murder. A 29-year-old man and a 41-year-old man have been bailed pending further enquiries.

“They have questions, quite rightly, about what happened to their loved one and how he came to be gravely injured.

“I appreciate that while many of us have been staying indoors as a result of government guidance last week, there may still be people out there yet to make contact with officers who know something about what happened to Mr Garner.

“If you live locally and saw Mr Garner in the days before he was found, we’d like to hear from you. If you have had a conversation with someone who is holding information about this incident, we want to hear from you too.

“No matter how small or insignificant you feel your piece of information may be, it could help us build a better understanding of how Mr Garner came to be fatally injured.”