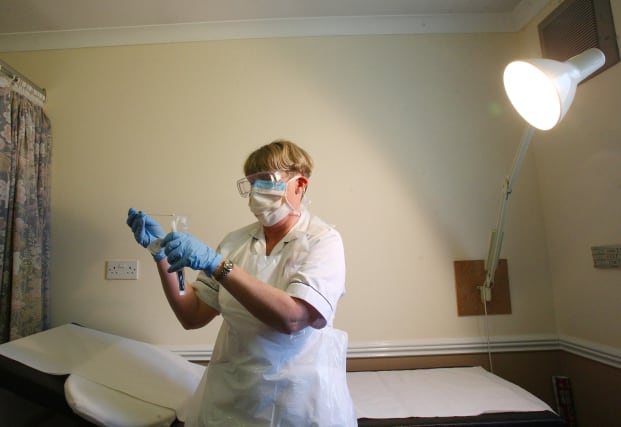 More than 100 medics in Scotland have signed a letter to the Scottish Government to express concerns over personal protective equipment (PPE).

The letter is reported to claim front-line staff are risking their lives dealing with the Covid-19 outbreak because they do not have suitable aprons, masks and eyewear, according to BBC Scotland.

The broadcaster reports the medical professionals state they have “grave concerns about the adequacy of what has been given”.

Speaking on the BBC’s Good Morning Scotland programme, he said: “It’s not just the quantity of PPE, which the Government has so far been focused on, but it’s the quality that we feel is simply not adequate to provide enough protection for us.

“There are certainly signs that the quantity of protective equipment is certainly coming through now, certainly into primary care where I work and messages I have had from secondary care echo that – that’s less of a concern to us now, to be honest.

“It’s more the quality of the equipment that we’re more anxious about now.”

The broadcaster reports that the Scottish Government claims the protection of medical staff is its highest priority and insisted there are new measures to ensure the right PPE is available “with the highest possible urgency”.

The letter says some health professionals have been issued with equipment which is only to be protective against large droplet spread but not to smaller droplets or anything airborne, as well as eye cover which does not provide enough protection, according to BBC Scotland.