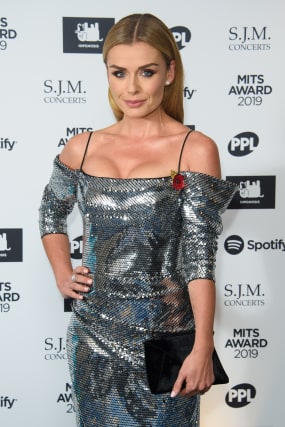 Dame Vera Lynn and Katherine Jenkins have recorded a duet of We’ll Meet Again, inspired by the Queen’s address to the nation.

Money raised by the single will go to NHS Charities Together, which supports staff and volunteers working on the front line of the coronavirus pandemic.

During a televised message on Sunday night, the Queen told the country in lockdown, separated from their families and friends: “We will meet again.”

The phrase was seemingly a nod to the wartime anthem by Forces’ Sweetheart Dame Vera, who helped raise British spirits during the Blitz.

Dame Vera said: “The words ‘We’ll meet again’ speak to the hope we should all have during these troubling times.”

Jenkins said: “As Dame Vera herself has said, while the lyrics of We’ll Meet Again take us back to the time of WW2, the sentiment feels appropriate and meaningful today and relevant to the current crisis.

“It is a song of hope and Dame Vera and I sing this in honour of (and in aid of) our superhero NHS workers and their families. They are putting themselves at risk to ensure we will meet our dearest again.”

She told ITV’s Good Morning Britain: “She actually thought it was quite funny. She thinks the Queen is wonderful, which she is.

“I think she actually made a complete point of saying that right at the very end, because they are words that resonate now as much as they did all those years ago, and will continue to do so, because people will always be apart, people will always hopefully get back together again.

“The words are meaningful, very poignant and very important.”

Donations to NHS Charities Together are passed on to the 140 NHS charities in England, Scotland and Wales, funding food deliveries, overnight stays, kits and travel costs.

We’ll Meet Again will be released on Decca Records on Saturday.