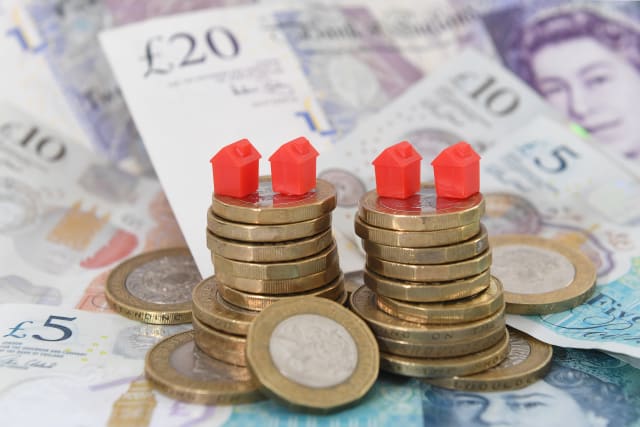 The choice of residential mortgage deals on the market has halved over the past few weeks, analysis has found.

There were 5,239 residential mortgage products available on March 11, when the Bank of England slashed interest rates from 0.75% to 0.25% in an emergency move. The base rate has since been cut again to 0.1%.

By Wednesday, there were just 2,750 deals available, according to Moneyfacts.co.uk.

Several lenders have recently restricted the availability of their products.

Eleanor Williams, a finance expert at Moneyfacts, said: “Banks are still open for business and they seem to be receiving some unified direction from authorities and regulators, but understandably their initial focus was on supporting their existing mortgage customers, especially those customers who are being financially adversely impacted by the shocks of Covid-19.”

She said lenders will need to reassess risk, their internal operational capacity, and work out what their ranges of products may look like moving forward.

Ms Williams continued: “Indeed, we are beginning to see early indications that lenders may be beginning to consider launching new products again, with providers such as Barclays and Halifax via intermediaries taking those first steps. We hope that we may soon see others follow suit.

“There are re-mortgage deals still available as well, and if borrowers are sitting on their provider’s standard variable rate (SVR) waiting to see what the impact of the rate cuts will be and how much their monthly payments will reduce, now may be a very good time to speak with their lender or qualified, independent adviser and check what their options may be.

“The average SVR is 4.67% today, while the average two-year fixed mortgage rate has reduced to 2.21%, so the benefit of switching to a new deal while rates are low is evident for those eligible and would protect these customers from interest rate volatility in the future.”

Separate research from Zoopla this week found the number of new property sales agreed in the UK has fallen by 70% since March 24.

It said demand for housing started to fall two weeks ahead of the lockdown as consumers responded to the emerging pandemic.

Zoopla said the fall in demand has bottomed out and is now consistent with levels recorded at Christmas 2018, with households continuing to express interest in homes even though they cannot currently physically view them.

Sales numbers are currently being sustained by buyers who had viewed homes before the social distancing policy was introduced.

The number of homes typically for sale per estate agent is just 1% lower than in early March.

Richard Donnell, research and insight director at Zoopla said: “While the recent drop in activity has been sharp, the market has not ground to standstill. There is still activity going on, just at much lower rates than you would expect in a busy spring market.

“Consumers continue to engage with what is on the market and contact estate agents, planning ahead for when restrictions are eventually lifted.”