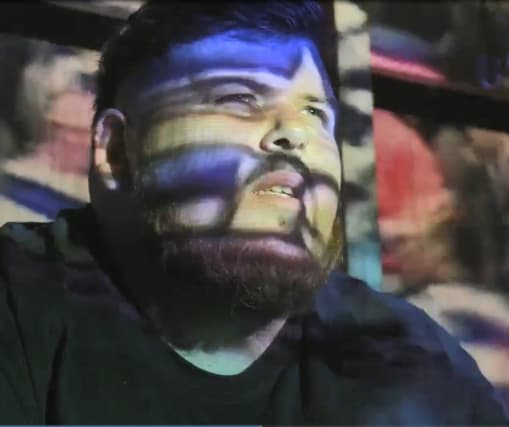 A care home worker’s sister has made a tearful plea after his death, urging people not to disobey the rules of the coronavirus lockdown.

Queen’s Park Rangers fan Dean McKee was a well-known poet among the club’s followers for his original work “Born Blue and White”, which was played before home games.

The 28-year-old’s family, who described him as the “kindest, sweetest and nicest man”, said he had been off work and breathless for around a week, before collapsing at home in Shepherd’s Bush and being rushed to Charing Cross hospital.

His sister Louisa Smith said she was shocked by the speed of his decline, which saw the “brilliant” uncle-of-nine die early on Tuesday morning, just hours after being admitted.

While she said the family had not been given official confirmation of his coronavirus diagnosis, they believe Mr McKee, who worked at St Vincent’s House care home in Hammersmith, must have been struck down by the illness.

Ms Smith told the PA news agency: “The police let my mum and my brother go up to see him and they had to wear the full PPE in order to go in the small room that they’d set aside.

“It couldn’t have been anything else other than that virus.

“My brother was a big lad, but he didn’t have any illnesses we were aware of. He was 28. It’s just heartbreaking.”

She urged “all these silly people that are still going out” to take notice and “realise it’s really serious”, pointing out that her brother had no choice but to go to work to continue his essential role.

“People that are still going out for the fun of it, they just have no idea.

“You have no idea the severity and I think until people know someone that’s close to them and it happens, I think that’s the wake-up call that actually this is something that is really serious.

The family, which has set up a GoFundMe page to help with funeral costs, has the extra struggle of having to stay apart during their grief to abide by social distancing measures, said Ms Smith.

“It’s tough because everybody is grieving and you can’t comfort each other physically,” she said.

QPR said everyone at the club was “devastated” to hear of his death, but vowed he will continue to be part of its future through his famous poem.

In a statement, the club said: “His piece has become a major part of a QPR supporter’s matchday, and that will continue to be the case going forward.

“The outpouring of affection towards Dean from many fans who had never even met him shows how special a part of the QPR story he was, and will continue to be.

“The thoughts of everyone at QPR are with Dean’s family at this terribly tough time.”