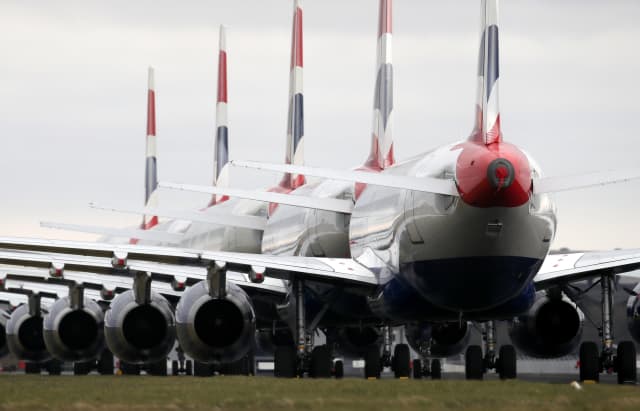 British Airways employees have overwhelmingly voted to approve a deal to furlough the airline’s workers and preserve employment, a union has announced.

Unite said its members backed the deal by 99%, following negotiations between the two sides in the wake of most flights being cancelled because of the coronavirus crisis.

Under the agreement, a modified version of the Government’s job retention scheme will be  introduced, with workers furloughed on 80% of pay, but with no cap on earnings.

Unite said workers will be able to divert their pension contributions into their pay for a short period of time, there will be no unpaid temporary lay-offs and no redundancies.

Unite assistant general secretary Howard Beckett said: “Unite members at British Airways have recognised the seriousness of the situation facing the aviation sector during this unprecedented crisis, and so have voted to accept the deal negotiated by their union.

“Unite will continue to work on ensuring that members who are still flying remain fully protected.

“We will also continue to monitor the furlough arrangements throughout the coronavirus crisis.”