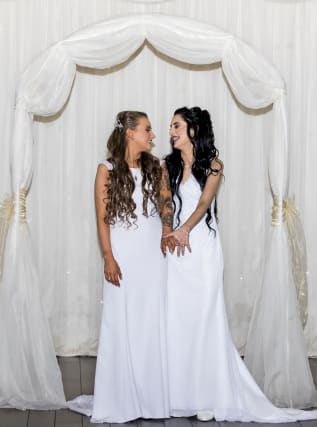 Northern Ireland’s Court of Appeal has declined to intervene in a same-sex marriage challenge.

It said the change in legislation this year to allow the unions meant there was no reason to make a further declaration.

Same-sex marriage was legally recognised in Northern Ireland in January.

The Court of Appeal in Belfast said: “The court concluded that, in light of the legislative developments, there was no purpose to be served by making a declaration under Section 4 of the Human Rights Act.”

In July, MPs supported amendments to legislation requiring the Government to extend the right to same-sex couples in Northern Ireland unless the Stormont Assembly was restored by October.

Restoration did not happen until earlier this year following a three-year dispute between former powersharing partners Sinn Fein and the DUP.

In November 2015, a Stormont Assembly vote resulted in a majority in favour of same-sex marriage for the first time.

The DUP vetoed change to the law using a mechanism known as the Petition of Concern.

The court had been asked to rule on the issue by two couples who had entered into civil partnerships in December 2005 – Grainne Close with Shannon Sickles, and Christopher Flanagan-Kane with Henry Flanagan-Kane.

Both couples wished to enter into a marriage but asserted they were prohibited from doing so by law passed in Northern Ireland in 2003, which provided that there was a legal impediment to a marriage if both parties were of the same sex.

Around one in 3,900 people have Covid-19 across England, data suggests