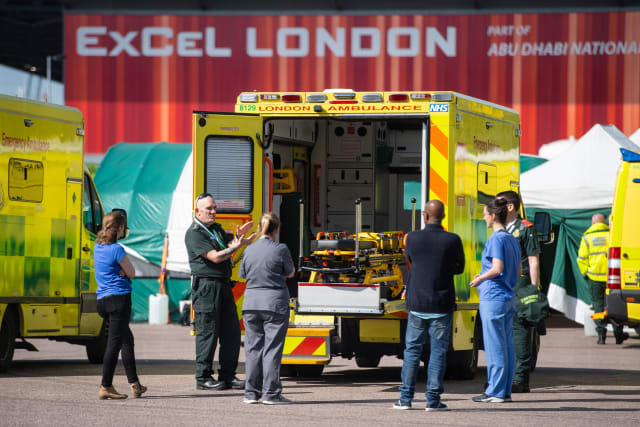 Boris Johnson was spending a second night in intensive care as the NHS Nightingale Hospital, built in London to boost capacity during the coronavirus pandemic, admitted its first patients.

The Prime Minister’s condition on Tuesday night remained “stable” as he stayed in St Thomas’s for “close monitoring”, according to Downing Street.

While he was said to be still in “good spirits”, concerns were raised over when the lockdown measures will be reviewed – and England’s chief medical officer admitted the UK has “a lot to learn” from Germany’s expansive testing scheme.

But there was cautious optimism from chief scientific adviser Sir Patrick Vallance after he said the fight against Covid-19 “could be moving in the right direction”.

In London’s ExCel centre, the first of the NHS Nightingale hospitals received its first patients on Tuesday, but it was stressed that limits had not been reached at other sites across the capital.

“There is also treatment capacity available in other hospitals across London to complement the care being provided at the London Nightingale,” an NHS Nightingale London spokeswoman said.

'This is a joke': White House slammed for 'repugnant' video of Trump outing