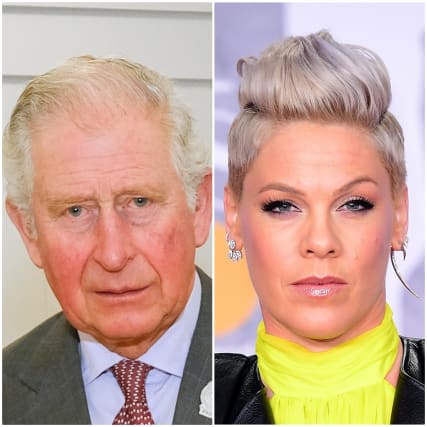 Prime Minister Boris Johnson’s admission to intensive care over persistent coronavirus symptoms will be a wake-up call to many on the severity of the Covid-19 pandemic.

Here, the PA news agency looks at some other high-profile names whose battles with Covid-19 have helped shine a light on just how dangerous the virus can be.

Perhaps the most significant international figure to test positive for coronavirus so far is the Prince of Wales.

Charles tested positive for Covid-19 on March 23 after experiencing mild symptoms. The 71-year-old royal immediately went into self-isolation at Birkhall in Scotland alongside the Duchess of Cornwall, who tested negative.

Both have since finished their isolation period and returned to royal duties.

The 86-year-old became the first royal in the world to die from the virus on March 26.

Her funeral was held in Madrid the following day.

Nadine Dorries was the first sitting member of Parliament to test positive for the virus.

The Mid Bedfordshire MP immediately went into self-isolation at home after revealing the news on March 11.

Ms Dorries later said it took her seven days to “turn the corner” and begin to recover from the virus.

She returned to work on March 24.

Shortly after the PM announced he had tested positive for coronavirus on March 27, the Health Secretary announced that he too had contracted the virus.

However while Mr Johnson has struggled to overcome his symptoms, Mr Hancock was back working in self-isolation just five days later.

The legendary actor was the first big-name Hollywood star to test positive for coronavirus.

Both Hanks and his wife Rita Wilson spent two weeks at Gold Coast University Hospital on the east coast of Australia after being diagnosed on March 11.

The pair have since recovered and returned to their home in Los Angeles.

British comedian Eddie Large is one of the UK’s biggest names to die from Covid-19.

The death of the 78-year-old, who had struggled with heart failure in recent years, was announced by his family on Thursday, April 2.

Large, whose real name was Hugh McGinnis, was a popular figure throughout the 70s and 80s as one half of the comedy duo Little and Large.

Singer Pink took to social media on Sunday to reveal that she and her three-year-old son Jameson had spent the previous fortnight battling the virus.

The entertainer, whose real name is Alecia Moore, said on Instagram that she would be donating 500,000 dollars (£405,000) to a local hospital in Los Angeles as well as to the city’s crisis fund.