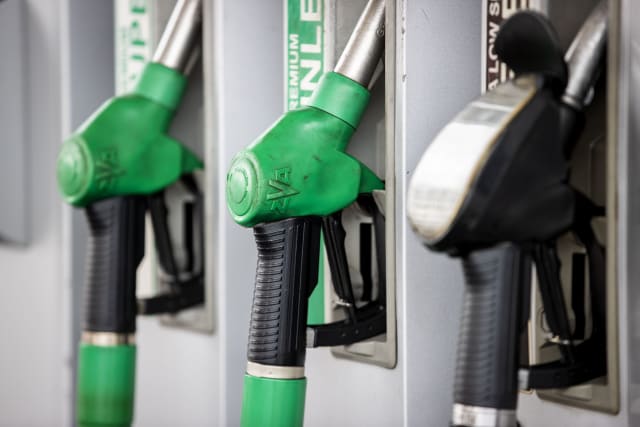 Fuel prices have sunk to their lowest level in up to three-and-a-half years, new figures show.

The average cost of a litre of petrol and diesel at UK forecourts is £1.10 and £1.17 respectively, according to Government data.

In the past week, typical prices for both fuel types have fallen by 2p per litre, leading to the lowest average price for petrol since August 2016, while the last time diesel was this cheap was August 2017.

Some retailers are pricing their petrol at less than £1 per litre.

Filling up a 55-litre family car is around £9 cheaper today than in late January.

This has been driven by a near 50% reduction in oil prices since the beginning of the year as Covid-19 has taken hold across Europe and two of the world’s top three oil producers fell out.

Saudi Arabia, which produces around 10% of global supplies, decided to slash prices and ramp up production after Russia refused to go along with planned cuts.

After hitting an 18-year low last week – below 25 dollars for a barrel of Brent crude oil – prices rallied when US President Donald Trump said the two sparring countries would agree to slash production.

A barrel of Brent is now trading at 33.67 dollars, but investors have seemed cautious this week, and the price dropped 3.1% on Monday.

The number of motorists taking advantage of cheaper fuel is limited however, as the Government has ordered people to only go outside for food, health reasons or to commute if they cannot work from home.

Department for Transport figures show that road traffic has fallen by around two-thirds in the past three weeks.