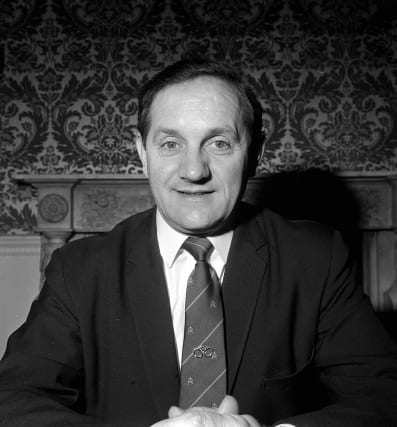 The Scotland Yard detective credited with bringing the notorious Kray twins to justice has died at the age of 95, his family said.

Former detective chief superintendent Leonard Read, known to most as Nipper, arrested East London gangsters Ronnie and Reggie Kray in May 1968, after trailing the brothers for years.

They were the most notorious criminals of the 1960s, heading an organised underworld empire of protection rackets, violence and murder.

Born in Nottingham in 1925, Read joined the Metropolitan Police in 1947 and was promoted to detective chief superintendent some 20 years later in 1967.

He was posted to Scotland Yard's murder squad, where he led the investigation into the brutal East End gang which netted the twins a fortune and allowed them to live a life of luxury.

Their bloody reign ended in 1969 when they were both jailed for murder.

Ronnie, the elder of the twins by 45 minutes, was convicted at the Old Bailey of the murder of George Cornell, while Reggie was locked up for the murder of Jack "The Hat" McVitie.

In the 2015 biopic Legend, which starred Tom Hardy as both twins, Doctor Who star Christopher Eccleston took on the role of Read.

In a tribute on Twitter, the Metropolitan Police Heritage Centre said: "We are sad to announce that Leonard "Nipper" Read QPM died this morning aged 95.

We are sad to announce that Leonard "Nipper" Read QPM died this morning aged 95. A Met legend, he is best known for his part in bringing the Kray Twins to justice and his autobiographies hold places of honour in our collections. #RIP#Nipper#NipperRead#coronavirusuk#legendpic.twitter.com/IeaJYKx9RX

"A Met legend, he is best known for his part in bringing the Kray Twins to justice and his autobiographies hold places of honour in our collections."

A promising boxer, Read won medals for the sport at school and gained his nickname "Nipper" while training at Grundy Boxing Club.

The British Boxing Board of Control, which he used to chair, called him a "wonderful servant" to the sport.

"It is with great sadness that the British Boxing Board of Control has learnt of the passing of former chairman Mr Leonard "Nipper" Read," general secretary Robert Smith said.

"Nipper was a wonderful servant to the British Boxing Board of Control and the sport of boxing.

"Our condolences to Nipper's family at this time."