‘One in 14’ coronavirus-related deaths not in hospital, figures suggest 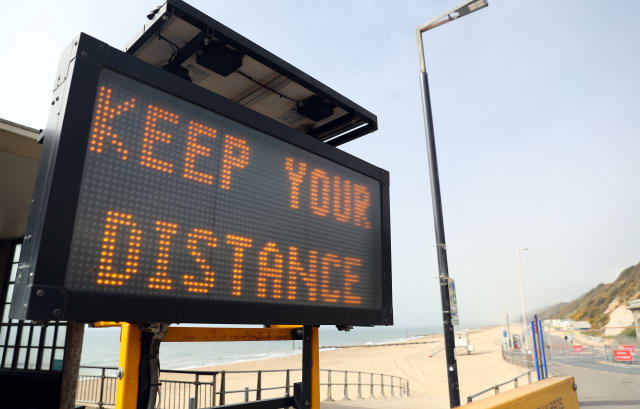 Around one in 14 coronavirus-related deaths in England and Wales could be taking place outside hospitals, new figures suggest.

In the week ending March 27, for those deaths that were registered with Covid-19 mentioned on the death certificate, 38 out of 539 occurred in hospices, care homes or other locations – 7% of the total.

The provisional figures, compiled by the Office for National Statistics (ONS), are the first to give an indication of what proportion of coronavirus-related deaths are happening outside of hospital settings.

Of the 38 deaths that did not take place in a hospital:

The ONS stressed that this is only preliminary analysis, and the figures are just for England and Wales covering one week of data. 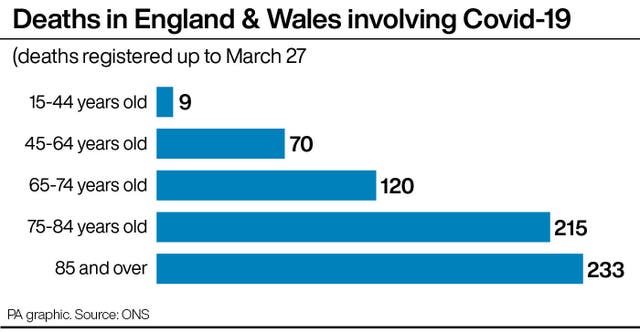 But the numbers suggest that the vast majority of coronavirus-related deaths in these parts of the UK are taking place in hospitals, with the remainder occurring elsewhere.

The latest figures also show that the total number of deaths involving Covid-19 in England and Wales that occurred up to March 27, and which were registered up to April 1, stands at 1,639.

Of these deaths, 1,568 were in England. This compares with 1,649 deaths reported by NHS England for the same period, the ONS said.

Our data shows that for deaths that occurred up to 27 March, 1,568 involving #COVID19 were registered in England by 1 April compared with the 1,649 deaths reported by @NHSEnglandhttps://t.co/VTR3Dgug7Wpic.twitter.com/Xux7s7IwdR

The difference between these particular figures for England is due to different methods of counting and reporting.

The figure of 1,649 deaths in hospitals in England up to March 27 (published by NHS England on April 5) is slightly higher than the ONS figure of 1,568 deaths both within and outside of hospitals in England up to March 27 (and registered by April 1), because numbers produced by the ONS take longer to prepare as they have to be certified by a doctor, registered and processed.

But once ready, they are the most accurate and complete information available, the ONS said.