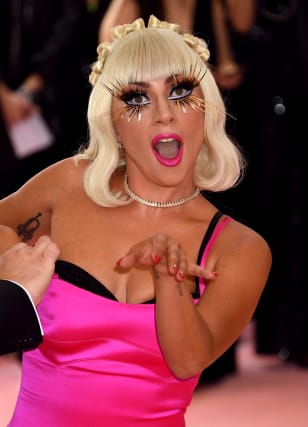 Lady Gaga is to bring together some of the world’s biggest stars for a virtual concert to mark the “gravity” of the coronavirus pandemic and celebrate frontline workers.

People in lockdown will be able to tune in to the One World: Together At Home broadcast on April 18.

The project, which has been launched in conjunction with Global Citizen and the World Health Organisation (WHO), will “tell the stories of and celebrate the frontline community”, Gaga said.

She told a virtual press briefing that the concert will celebrate the “kind global community” as well as highlighting “the gravity of this historical unprecedented moment”.

The 34-year-old said the broadcast event is not a fundraiser, and the money would all be raised before it goes on air so people can simply enjoy it.

“When we go live, put your wallets away, put your credit cards away, just sit back and enjoy the show that you all very much deserve,” she said.

She added: “We are very grateful to healthcare professionals across the country and around the world who are on the front line during Covid-19.

“This global pandemic is a catastrophe. I am so thankful to them and I am praying for those who are sick.

“I would like to reiterate my deep gratitude to the medical community. My heart is aching and warm for those who are ER doctors and nurses who are sleeping in cars to make sure they don’t infect their families and patients.

“They are putting themselves in harms way to help the world and we salute you. You are a triumph.”

She added her prayers were also with people who had lost their jobs.

Gaga said she had been working to raise money for WHO’s Solidarity Response Fund – in seven days she had encouraged people to donate 35 million dollars.

The concert will be broadcast on BBC One on April 19.